Why Do STIs Impact Women Worse Than Straight Men? 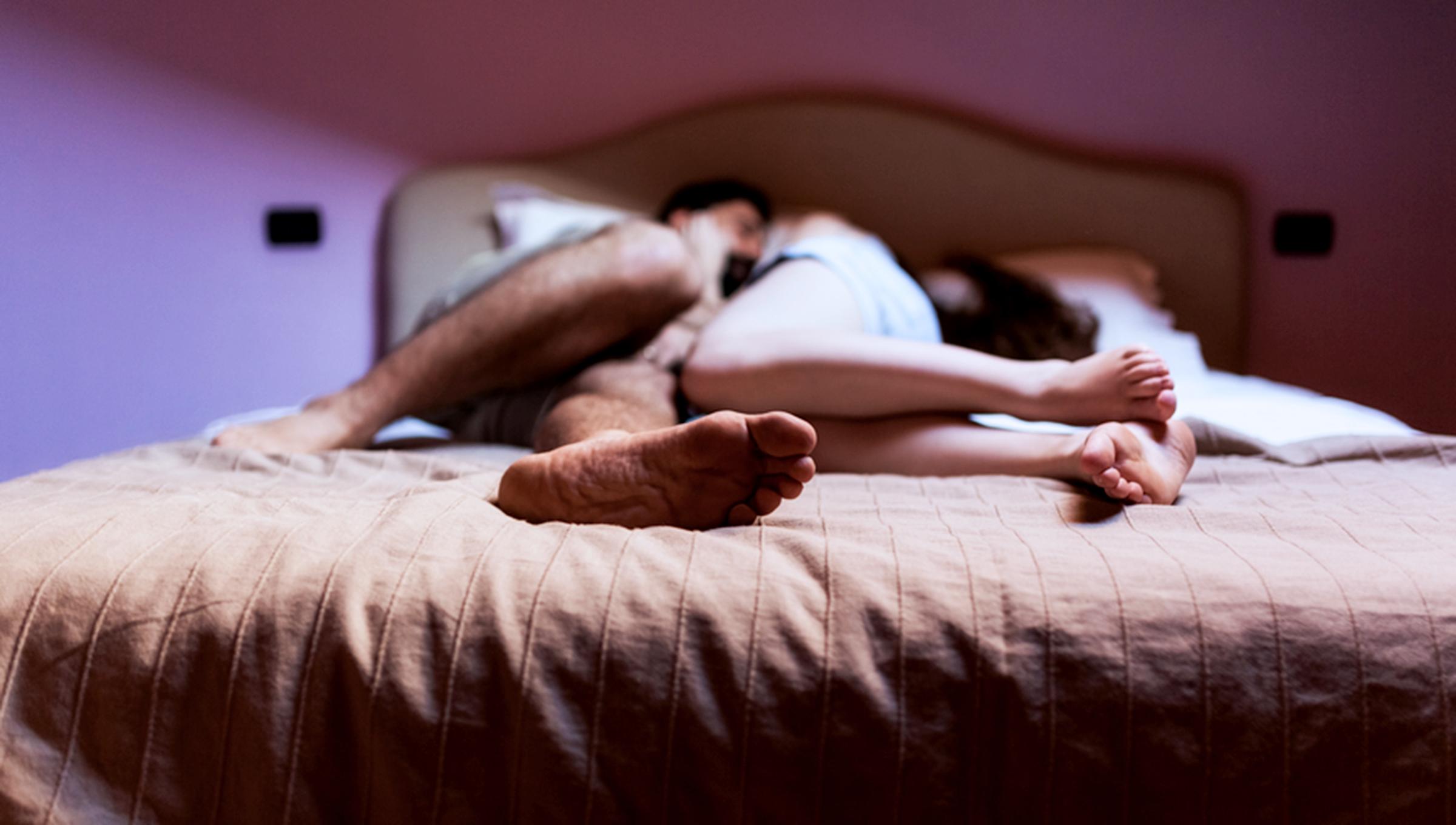 Thanks to gender norms, it’s no secret that women who date cisgender, straight men can carry some pretty big burdens.

We’re responsible for pregnancy prevention (there’s still no male birth control). We do more than our fair share of emotional labor. And even though times are (slowly) changing, we’re still often responsible for the bulk of child care and even chores around the house.

Another responsibility to add to that list? Sexual health.

From getting diagnosed to dealing with long-term effects of sexually transmitted infections (STIs), women face a much greater burden — and more serious health consequences — than men.

Here’s what you need to know.

STIs aren’t exactly fun for anybody, but they affect certain populations more seriously than others.

Men who have sex with men, for example, experience higher rates of STIs, including potentially life-altering infections like HIV. There are racial inequities, too: Black people, Native Americans and Pacific Islanders face higher STI rates than white people and Asians. And for women who have sex with men, there’s a risk of serious health consequences if they have an STI and aren’t treated (more on that shortly).

For men (especially white men) who only sleep with women, however, getting an STI often isn’t a big deal health-wise. This sets up a biological and social inequity.

Dr. Hunter Handsfield, a professor emeritus of medicine at the UW Center for AIDS and STD, who studies STIs, says that STIs are “inherently sexist,” particularly when comparing the impacts of STIs on women and on heterosexual men.

He offers many reasons for why this is. First, STIs are more easily transmitted from men to women, but women are less likely to have symptoms, meaning they may not seek care or care may be delayed because diagnosis is difficult. That delay in care can lead to serious consequences, such as long-term pain, cancer and infertility.

“This biological sexism is compounded by societal factors: women with STIs are viewed more negatively than men, so stigma is worse,” Handsfield says.

Are STI screening practices sexist, too?

Another way STIs may seem more sexist is that national screening guidelines largely leave out one population: straight cisgender men. However, experts say there’s good reason for this.

“Recommending screening for men in the name of equality might improve the perception of equality, but would in the end cost the healthcare system a significant amount of money with very little improvement in individual or population-level health,” says Dr. Lindley Barbee, an expert on STIs and medical director at the Public Health – Seattle & King County STD Clinic at Harborview Medical Center.

Since screening means doctors check to see if you have an infection even though you don’t have any symptoms, it makes sense to focus on people who often don’t have symptoms and who face worse consequences if they are infected but don’t get treated — like women.

“From a population-level standpoint, STDs in men can be viewed as important because they’re the source of infections in women,” says Handsfield.

Current understanding of how STIs present in different genders suggests that men usually have symptoms, which means they will probably go to the doctor to get those symptoms checked out. But this isn’t always the case.

The CDC’s 2018 nationwide surveillance of STIs recorded far more women than men who were diagnosed with chlamydia; yet, the authors of the report noted that this means many of those women’s male partners weren’t identified as having the infection even though they probably did.

Aside from screening, there is STI testing, which checks for STIs in people who do have symptoms. Anyone who has symptoms of an STI is encouraged to go to the doctor, and people are more likely to do so if they suspect they have an infection.

Women are more likely than men to go to the doctor in general and have a primary care doctor, plus visit the doctor for other sexual health reasons, from getting a new type of birth control to getting a Pap smear every few years.

This frequency of doctor’s visits means there are more opportunities for us to get checked for STIs — and it’s something doctors regularly ask us about.

While being proactive about sexual health is a good thing, it can also feel like a bit of a burden, especially for women whose partners aren’t as proactive. After all, one person’s sexual health doesn’t exist in a vacuum: it can affect all of their partners, too.

Some women are starting to recognize that their male partners are a bit lax on getting screened for STIs, either by not doing it at all or not being the one to think of it (or bring it up) in the first place.

So, how to relieve some of the burden? While screening asymptomatic straight men may not make a huge difference in preventing their partners from getting STIs, educating them and encouraging them to have one-on-one conversations with their doctor about the risks of getting STIs and how to prevent them might be effective, says Dr. Bradley Anawalt, a UW Medicine endocrinologist and men’s health doctor who specializes in male infertility and low testosterone.

Although men in general don’t go to the doctor as often as women, they do come in when they’re experiencing problems with sexual function, Anawalt says. Plus, new, effective therapies for things like erectile dysfunction and low libido and are leading more men to seek medical help.

“Many of us doctors, in part because we haven’t been trained or thought about it, miss these opportunities to talk to men about prevention of STIs. It’s a perfect time: They’re coming in for symptoms related to sexual function. I point the finger at us in the medical profession for not having fully taken advantage of that,” he says.

Additionally, some infected men have symptoms that they ignore or whose significance they don’t understand. Still others seek care but are unlucky enough to see doctors or clinics with limited understanding of STIs, Handsfield says.

“Educating men about STI symptoms and improved training by healthcare providers likely would be more productive than increased screening of asymptomatic men,” he says.

Though men can get an STI without symptoms, women are overall more likely to.

Part of this is due to biology, Handsfield says. It’s a lot easier to notice physical symptoms like sores or swelling on a penis than in a vagina — even for doctors.

“The laboratory tests for STIs are just about as good in women as in men, but the clinical examinations don’t work quite as well,” he says.

Even if a woman does have symptoms, there’s no guarantee she’ll recognize what they mean. STI symptoms are often vague, including things like pain while peeing or during sex, increased vaginal discharge and bleeding between periods — all of which can point to any number of other conditions, such as a yeast infection.

Making things even more complicated is the fact that some variations in vaginal wetness, smell or things like mild itching can be completely normal, which can make it difficult for someone to know if they should see a doctor or not.

Handsfield recommends erring on the side of caution, and visiting the doctor if there are any new, unexplained or increased vaginal symptoms.

“Often no STI or other problem is present, but better safe than sorry,” he says.

If an STI goes untreated in men, they’re unlikely to experience any major consequences. The same can’t be said for women.

Pelvic inflammatory disease (PID) is an infection of the reproductive tract that can lead to chronic abdominal pain, permanent scarring and, in some cases, infertility.

“Both gonorrhea and chlamydia can cause pelvic inflammatory disease and, for a portion of women who get PID, it will cause scars in the fallopian tubes that prevent the egg from moving down them to be fertilized,” Barbee says.

According to the CDC, 10% to 15% of women who have chlamydia but aren’t treated for it will develop PID.

Common PID symptoms include abdominal pain, fever, unusual or smelly vaginal discharge, pain or bleeding during sex, a burning feeling when you pee or bleeding between periods.

However, symptoms can be mild, which may make it hard for PID to be diagnosed (and there’s no way to test for it).

The condition is treatable, but mostly if caught early; scarring or other damage to reproductive organs caused by PID can’t be reversed. Someone who has had PID and recovered can get it again, too.

The most well-known example of this is cervical cancer, which is almost always caused by infection with the human papillomavirus, or HPV. HPV is an STI, though it isn’t always spread though sex alone and in most cases isn’t dangerous.

When HPV does cause cancer, however, it can result in a woman needing surgery, radiation and chemotherapy, and sometimes causes issues with fertility. Cervical cancer survival rates are high, but up to 14,000 women are still diagnosed with the disease each year. Things like STI screening, Pap smears and the HPV vaccine help prevent women from getting cancer.

Pregnant women with untreated STIs can also pass the infection to their babies, which can lead to additional problems like conjunctivitis, a serious eye infection, in newborns.

Many women receive robust prenatal care nowadays, so any STIs that could impact them and their pregnancy will likely be caught early on. Those who have the highest risk for STI-related pregnancy complications are women who don’t have access to good prenatal care.

For Barbee, the worst potential pregnancy-related risk of having an untreated STI is congenital syphilis. This happens when the mother has syphilis and the fetus gets infected while still in the uterus.

“It can cause a multitude of complications, including preterm delivery and neonatal death as late as the third trimester. Babies born with the infection can be very sick and some develop long-term symptoms,” Barbee says.

Since rates for syphilis are increasing in the United States, there has also been an increase in the number of babies born with congenital syphilis. There were more than 1,300 cases in 2018 — a 300% increase within the past five years, according to Barbee.

What you can do

Learning about how STIs impact women unequally can feel overwhelming and unfair. And it is — but you can take action and be your own advocate.

Get tested each year (which is what the CDC recommends), or at least when you get a new partner (and especially if you have multiple partners). If you do notice any symptoms, however minor, be proactive and talk with your doctor. If you’re concerned about STIs, bring that up.

If you do get an STI, it can feel embarrassing or upsetting. Unfortunately, STIs still carry a lot of stigma, though they’re nothing to be ashamed of. For most people, they aren’t a serious health problem, and they can be taken care of pretty easily.

“With improved education and evolving attitudes toward sexuality, there is less stigma and fear from STIs than in the past, but it remains a major issue,” says Handsfield. “Fear and stigma seriously impact healthy sexual development, especially in women.”

It can also be awkward or embarrassing to talk about screening with new partners, but it’s super important for your health and theirs. Plus, it can bring you closer together by being vulnerable with each other and make your sexual experiences together better because no one is worried about STIs.

Yes, this requires more emotional labor — and maybe you feel like you already do enough. But it’s also a way you can control your own health.

And that feels pretty empowering. 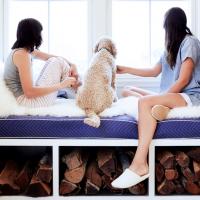 Live Alone? Here’s How to Safely Form a Pandemic Pod 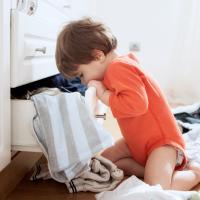 What to Know About Firearm Safety If You Have Kids 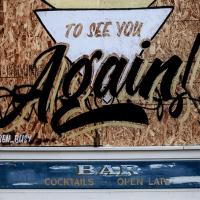