Gonorrhea Is an Antibiotic-Resistant Superbug. Here’s What You Should Know. 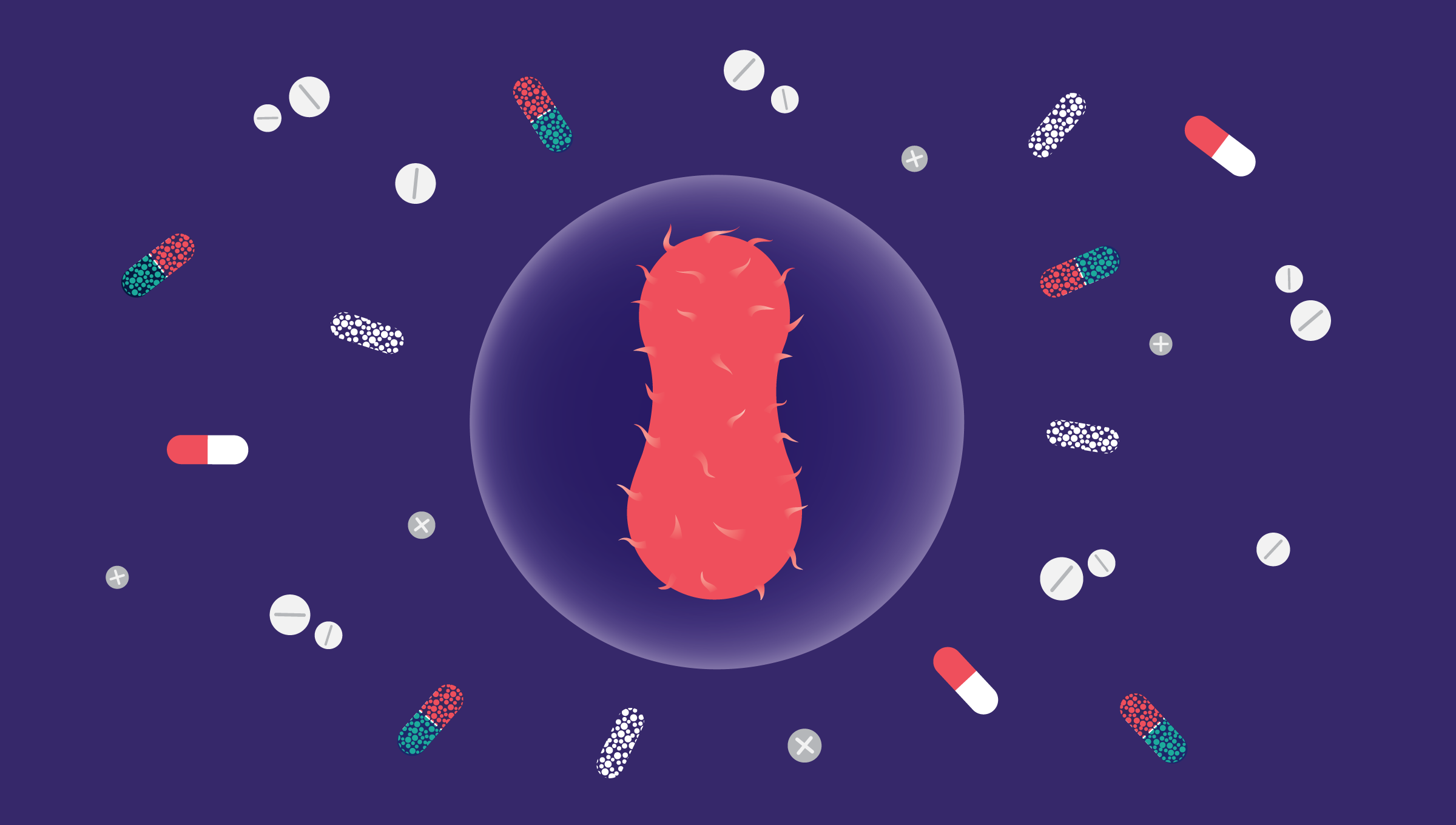 Imagine this: You’re in a world where antibiotic-resistant superbugs are common. One of the most threatening is gonorrhea, which has mutated so rapidly there is only one type of drug left that can treat it, and strains that resist that drug have already appeared in Australia and the UK. Other drugs are in development, but this super-gonorrhea will likely continue its mutation before new medication is available.

No, this isn’t the beginning of a dystopian novel — it’s the reality we’re all living. Gonorrhea was listed as one of the top three superbug threats by the Centers for Disease Control in 2013, and things haven’t improved. In fact, gonorrhea rates in the United States have been rising since 2009.

While rates are also rising for other sexually transmitted infections, such as chlamydia and syphilis, those increases aren’t as concerning because the bacteria don’t appear to be acquiring resistance to antibiotics, says Lindley Barbee, M.D., M.P.H., a physician at the Madison Clinic at Harborview Medical Center and medical director of the Public Health Seattle & King County STD Clinic.

“Right now we haven’t had any treatment failures in King County; the threat is there but we haven’t seen it,” Barbee says. “We know it’s coming and we’re trying to prepare for it.”

Why gonorrhea rates are rising

There is no single reason why gonorrhea rates have gone up. Part of the rise may be due to better screening, which is a good thing, Barbee says. Better treatment for and prevention of HIV has made condom use decrease, especially among men who have sex with men (MSM), the population most affected by gonorrhea.

There are also some negative contributors, like STD clinic closures across the country. In the south, the region most affected, lack of Medicaid expansion, poor public health infrastructure and lack of healthcare funding make it harder for people to get screened and treated and more likely to spread the bacterial infection to partners, Barbee says.

Other factors aren’t so easy to pin down, however.

“What makes an epidemic grow? It’s a combination of the organism itself and its ability to be transmitted between people, the characteristics of sexual behaviors, and how long an infection lasts or how long is the potential for exposure,” Barbee says.

Gonorrhea can be asymptomatic, especially in women. Screening can detect the STI even if no symptoms are present, but people might not get tested if they don’t have reason to believe anything is wrong.

As for the gonorrhea superbug, experts believe it is primarily developing and building its resistance in the throats of infected people, Barbee says.

The risks of gonorrhea

An individual’s risk for gonorrhea comes down to a few important factors: what anatomy they have, how they’re having sex and with whom, and how (if at all) they’re using protection.

For people who have a penis, gonorrhea is typically noticeable because it causes pain or a burning sensation while urinating, along with discharge from the penis. Rectal and pharyngeal gonorrhea are common among MSM, Barbee says.

People with vaginas are less likely to experience symptoms. This is a problem because, if left untreated, gonorrhea lingers in the body and can lead to more serious health risks and fertility problems. Some people in this group who have untreated gonorrhea will develop pelvic inflammatory disease, a condition that causes chronic pain.

It also puts women who want to get pregnant at risk for infertility and ectopic pregnancy, a rare but potentially fatal complication where the embryo develops outside of the uterus. Women who give birth and have untreated gonorrhea can pass it to their newborns, where it can cause conjunctivitis and potentially blindness.

In rare cases, around 1 to 3 percent of all gonorrhea infections, the bacteria enter the bloodstream and cause skin lesions, joint infections and, even more rarely, heart or brain infections. Barbee emphasizes that these kinds of complications are extremely uncommon, mostly thanks to the power of antibiotics.

How to treat and prevent gonorrhea

Barbee is currently conducting a study to see whether an existing antibiotic called gentamicin can successfully treat gonorrhea in MSM who contracted throat infections. Other studies are looking to determine whether past treatments might be effective again.

“If we could determine if a particular strain is susceptible to older drugs, we could use that drug again,” she says. This approach would take less time than developing a new drug.

The best way to prevent gonorrhea (or most STIs, for that matter) is to have safe sex by using condoms, female condoms or dental dams. If someone has multiple sex partners or is having sex outside of a monogamous relationship, it’s important to get tested regularly, even if they have no symptoms. The CDC has recommendations for how often people should get tested.

Getting gonorrhea or another STI obviously isn’t fun, but it’s also not the end of the world. Treatment is relatively easy and effective, Barbee says. Treatment for gonorrhea usually involves a shot and a single dose of an oral antibiotic. The infection usually clears up within a week or so.

It’s also a good idea to get retested a few months after initial treatment, Barbee says, because some people will get re-infected, usually from an untreated partner.

Though STIs are common and shouldn’t provoke shame or embarrassment, Barbee recognizes that there is still stigma around getting an STI.

“We need to work on changing that sentiment,” Barbee says. “In order to have a safe and healthy sexual relationship, people need to feel comfortable getting tested and treated, and talking to their sex partners about their diagnoses so they can get tested and treated, too.”