Could You Survive These “Game of Thrones” Near-Death Scenarios? 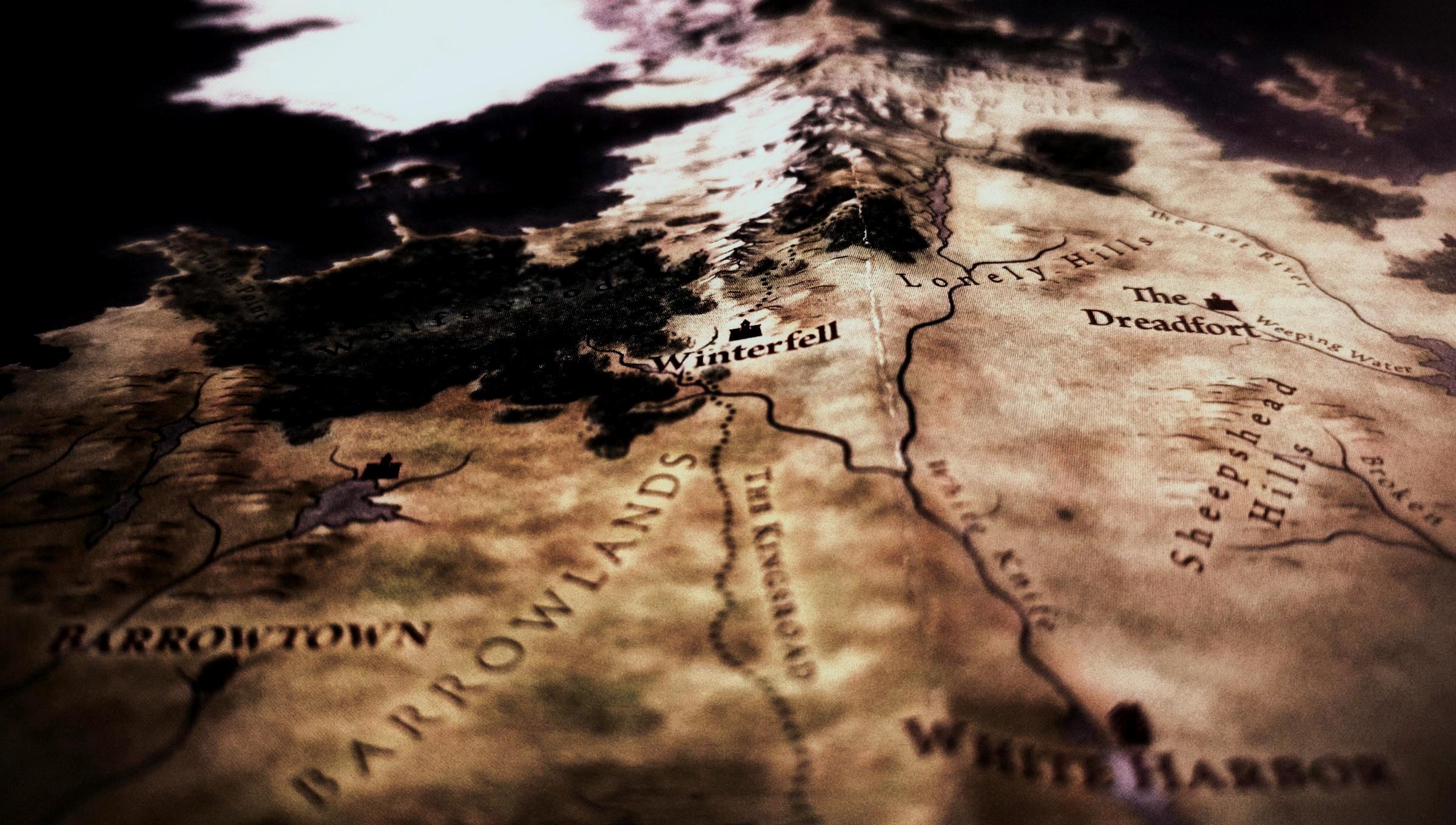 Because Valar Morghulis is no joke

Note: This article includes spoilers for the current and past seasons of “Game of Thrones.” Don’t say you weren’t warned.

Now that “Game of Thrones” fans have returned to Westeros for the last time with the show’s final season, there’s one thing on all of our captivated (albeit morbid) minds: who will die?

Throughout the past seven seasons, we’ve watched countless characters we love die in horrible, heartbreaking ways (and some we loathe die in twistedly satisfying ways). But we’ve also watched a lot of our favorites become gravely injured or ill only to make surprising recoveries. (Or actually die and be resurrected. Looking at you, Jon Snow.)

So how survivable are some of these near-death experiences in real life?

To answer these burning questions, I decided to consult an expert. Enter Nathan White, M.D., an emergency medicine physician at Harborview Medical Center’s emergency department. He doesn’t watch GoT (gasp) but agreed to lend his insight anyway.

If anyone knows how survivable traumatic injuries are, it’s a doctor at Harborview, the only Level I adult and pediatric trauma and burn center for Washington, Alaska, Montana and Idaho. Every day, people from all four of these states are taken to Harborview with life-threatening injuries.

Before someone even gets to the hospital, paramedics serve as the first line of defense for someone who is injured and make a critical difference to survival. In King County, we’re fortunate to have Medic One, where paramedics are trained jointly by Seattle Fire and Harborview.

The program has a national reputation for excellence. For example, people who suffer cardiac arrest are twice as likely to survive if they have access to rapid care from Medic One. It also helps having access to Airlift Northwest, an air medical transport service (essentially a flying ICU) that takes the most critically ill and injured patients to the hospital.

Even with all of these services, there are, unfortunately, still times when people don’t survive. That’s why doctors like White not only do their best to care for patients but also find new ways of saving lives — like a recent study White led that looks at certain Jiu Jitsu moves that can help control bleeding. (I think Arya would approve.)

I showed White three scenarios where characters came thisclose to death but survived. Here are his thoughts on how survivable those situations were — and what he and his colleagues do every day to save real-life people.

The scene: Arya gets stabbed in the stomach

Survival likelihood: A girl has no chance

We all love Arya because she’s the coolest, scariest, tiniest stabby queen that ever existed. And we love her even more after she single-handedly saved everyone at the Battle of Winterfell. She’s known for telling death “not today,” literally and metaphorically, but there was one time in season six when that almost didn’t happen.

After her stint at the House of Black and White, Arya is out and about trying to avoid the Waif, that creepy, nameless, faceless woman who had it in for Arya since the moment she stepped through the door.

Arya doesn’t do such a good job avoiding her, though (after all, it’s pretty hard to do when someone can CHANGE THEIR FACE). The Waif takes her by surprise, slashing across her stomach and stabbing her several times.

How realistic is it that Arya survived this injury? Not very, White says, unless she received medical attention quickly (how long did it take her to walk to Lady Crane’s house?).

With any stab wound, the biggest immediate concern is to control the bleeding, White says. For some areas of the body, such as the arms or legs, this is easier to do by putting pressure on the wound or using a tourniquet.

“Penetrating injury to the chest and abdomen is more difficult because vital organs such as the heart and lungs can be directly injured, and these wounds are not readily accessible or compressible. Torso wounds are oftentimes fatal within 30 minutes of injury,” he says.

Major blood vessels are often wounded during stab injuries, which can lead to hemorrhage.

“Hemorrhage is a leading cause of death, which typically occurs within the first three hours,” White says.

When paramedics are called to help someone who has a stab or gunshot wound, they focus on what White calls the ABCs (airway, breathing and circulation) to stabilize the person.

“They use what we call ‘damage control’ resuscitation, where blood pressure is kept low to slow bleeding,” he says.

Paramedics also administer blood products like plasma, then get the person to an emergency department ASAP.

At the hospital, doctors give the patient more blood along with drugs that help the blood clot at the wound site. The goal is to keep the patient stable so a trauma surgeon can operate and repair the internal damage.

Even though it’s pretty unlikely Arya would have survived a deep stomach wound back in medieval times without a trauma surgeon or at least some antibiotics, I’m pretty glad she did so she could return to Winterfell and, you know, save the world. NBD.

The scene: Bran falls from the tower

This season has been full of iconic Bran moments — and by ‘iconic’ I mean him literally just sitting quietly and speaking in a constant monotone and staring at people awkwardly.

Though Bran’s season one fall from the tower (courtesy of Jaime Lannister) cost him the use of his legs, it’s pretty incredible he survived at all. Sure, he’s young and small, but he did fall really far and was in a coma for what, months?

Turns out, falling from up high is actually fairly common, White says, at least in terms of the types of injuries he sees.

Two major factors determine survival after a fall: 1) how far someone fell and 2) if anything helped cushion the fall. Falls from higher than 25 feet are more likely to result in serious injury, White says. Having something break the fall and absorb some of the impact can increase someone’s chances of survival, as can falling into water (providing they don’t drown, of course).

“Blunt force trauma from a fall can cause head injury, break bones and cause rupture of vital organs including the heart, lungs and large blood vessels due to the tremendous forces generated by sudden deceleration upon impact,” he says.

This sometimes results in severe brain injury and death, especially when the fall is from higher up and nothing breaks the fall. But that isn’t always the case. White pointed to a recent example of a local child who survived a six-story fall from a window after a parked car softened his landing.

In fact, window falls among small children are some of the most common falls White and his colleagues see in the emergency department. It’s usually an accident: Parents don’t realize window screens can’t support a child’s weight, and the child gets too close to the window at the exact moment when a parent glances away. Many children do survive these falls, and for parents who are concerned, there are easy ways to prevent window falls from happening.

This is basically what happened to Bran: He fell out of a window, except in his case it wasn’t an accident. It’s hard to tell how far he fell (the Winterfell tower doesn’t have a lot of windows), but it definitely looks like more than 25 feet, and he seemingly landed on bare ground.

Maybe he’s just extra tough, or maybe some Three-Eyed Raven magic helped him heal, but I’m glad he made it through because otherwise we wouldn’t have all the glorious Bran-Stark-creepily-staring-at-people memes.

The scene: Jon falls into icy water beyond the Wall

Survival likelihood: It’s possible (maybe Jon knows something after all)

You know the scene: Jon and his friends are trapped on a rock in an iced-over lake, surrounded by zombies. A dragon rescue and, sadly, death (RIP Viserion) ensue, and Jon somehow ends up getting left behind (typical Jon).

He falls into the icy lake, emerges what seems like minutes later, walks out unscathed, borrows his half-zombie Uncle Benjen’s horse and hightails it out of there. Except he has hours (days?) to travel before he reaches the Wall again, and the North is, obviously, cold.

So how could he possibly not have gotten deadly frostbite wearing drenched clothes riding through the coldest landscape in Westeros?

Jon probably got hypothermia from his dip in the lake, White says. Mild hypothermia can be treated fairly easily: Remove wet clothes, use warm blankets, drink warm liquids and let your body shiver, which is its natural way of warming you up.

If the body's temperature drops below 89.6 degrees Fahrenheit, hypothermia-induced cardiac arrest can occur, White says. That means a person’s heart will stop beating and they will appear dead — but that doesn’t mean they can’t be saved.

“We have a saying in the ER that nobody is dead until they are ‘warm and dead,’” White says. “Hypothermia can be both a blessing and a curse. It can cause the heart to stop beating but also protect the vulnerable brain from damage when blood flow is lost.”

Doctors at Harborview recently adopted a lesser-known but effective way to treat people who have severe hypothermia. It involves hooking the person up to a heart-lung bypass machine, a machine typically used during heart surgery to provide oxygen and blood flow to the person’s body while their heart is stopped.

“Rewarming can be very fast using this technique, and survival with good recovery has been reported to range from 40 to 90 percent, which is phenomenal since many of these patients have been without a heartbeat for several hours,” White says.

Not long ago, a patient who was taken to Harborview after her boat sank in Puget Sound was put on a heart-lung machine after four hours with no pulse. She had been found face down in the water. Incredibly, she survived.

So would Jon have survived his icy encounter without this kind of lifesaving technology? Maybe. But it’s good he did; otherwise, he wouldn’t have been able to date his aunt and rally all our heroes to defend Winterfell against the White Walkers. Oh, and the Night King probably would’ve won. Which would’ve sucked.

Real-life people might not have the TV power of “Game of Thrones” to help them, but they do have the incredible dedication and skills of paramedics, doctors and nurses. Their work may be based in science, not magic, but the impact it can have on peoples’ lives can be pretty magical, if you ask me.