I Was a Medical Advisor for Grey’s Anatomy. Here’s What I Learned. 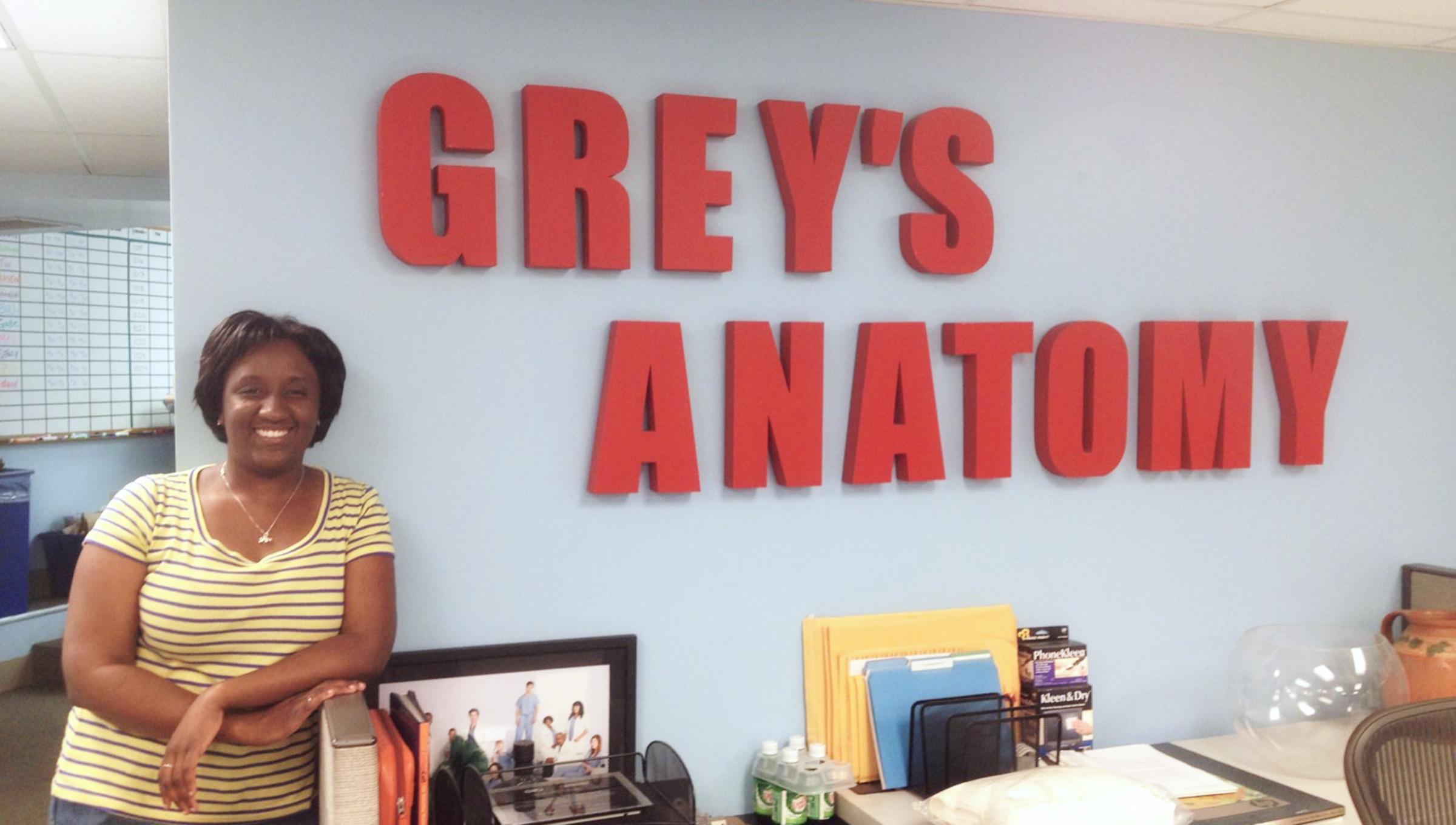 After medical residency, Hope Jackson, M.D., got an opportunity to work as a medical advisor for Grey’s Anatomy. Aside from the perks of working with an all-star cast and getting to be in several scenes, her experience has had a lasting impact: Her surgical knowledge helped the show be accurate, and the lessons she learned about storytelling influenced how she communicates with patients about their health. This is her story, as told to McKenna Princing.

It may sound cliché, but Grey’s Anatomy is one of the reasons I’m a surgeon. The character Dr. Miranda Bailey, played by actress Chandra Wilson, was one of the first women of color I’d ever seen in the surgical field—and not just on TV.

When I started medical school at The George Washington University, I was leaning towards becoming a pediatrician. But I was fortunate enough to work with fantastic female surgeons who debunked some of the myths and fears I had about surgery and helped me realize that the OR is where I’m happiest. During long study nights, having the image of Dr. Bailey in my mind, a woman of color thriving in her career, provided even more motivation whenever I had doubts about pursuing surgery.

While in medical school, I attended a conference for underrepresented minorities, and the keynote speaker was Zoanne Clack, M.D., an emergency medicine doctor and a producer for Grey’s Anatomy. She talked about how working on the show allowed her to combine her two loves: medicine and writing. Intrigued, I introduced myself after the talk. There weren’t any opportunities for medical students to be involved in the show at that time, but she told me to stay in touch.

Years later, after finishing medical school and completing three years of residency, I decided I wanted to do something other than traditional lab research for my allocated research year. I emailed Zoanne and she said there was an opportunity to work as the show’s first-ever resident medical advisor. After phone interviews with the executive producers, I moved to California for the summer to work on the show for its ninth and 10th seasons.

I spent most of my time in the writers’ room and on set working with other medical advisors. I’d get asked questions about the script to make sure the medical references were accurate. I helped the actors pronounce the medical terminology correctly and assisted the set advisors with making sure the stage really looked like an operating room.

I even got to be in the show a few times as an extra. (You wouldn’t recognize me, though, because I wore a surgical mask in most of the scenes.) Some of the props were real, but the scalpels were fake; if you pushed a hidden button on them, fake blood would ooze out. In one scene, the team asked me to make an incision and I thought it would be so easy since it was my actual job as a surgeon, but, in this instance, fake surgery was harder than the real thing! It took about five takes because I couldn’t figure out how to get the blood to come out the right way. Talk about embarrassing! It definitely gave me a newfound appreciation for what actors do and how they make things like that look so effortless.

But, with all those different aspects of the job, the experience I enjoyed the most was getting to come up with some of the medical components of the scenes. The writers would explain what the overarching story was and the main emotional points, and I got to fill in the details about what happened to the patient medically and what complications brought them back to the OR. This was a great opportunity to use the creative side of my brain more and depart from the formulaic scientific writing I was accustomed to.

Working for Grey’s was such a great experience that it made sense that other young residents would want to have the same opportunity. I was able to work with Zoanne and others involved in the show to create the Grey’s Anatomy Medical Communications Fellowship. It’s open every year to surgical residents across the country, and it’s amazing for me to be a part of the growing community of young surgeons who have now had this experience. 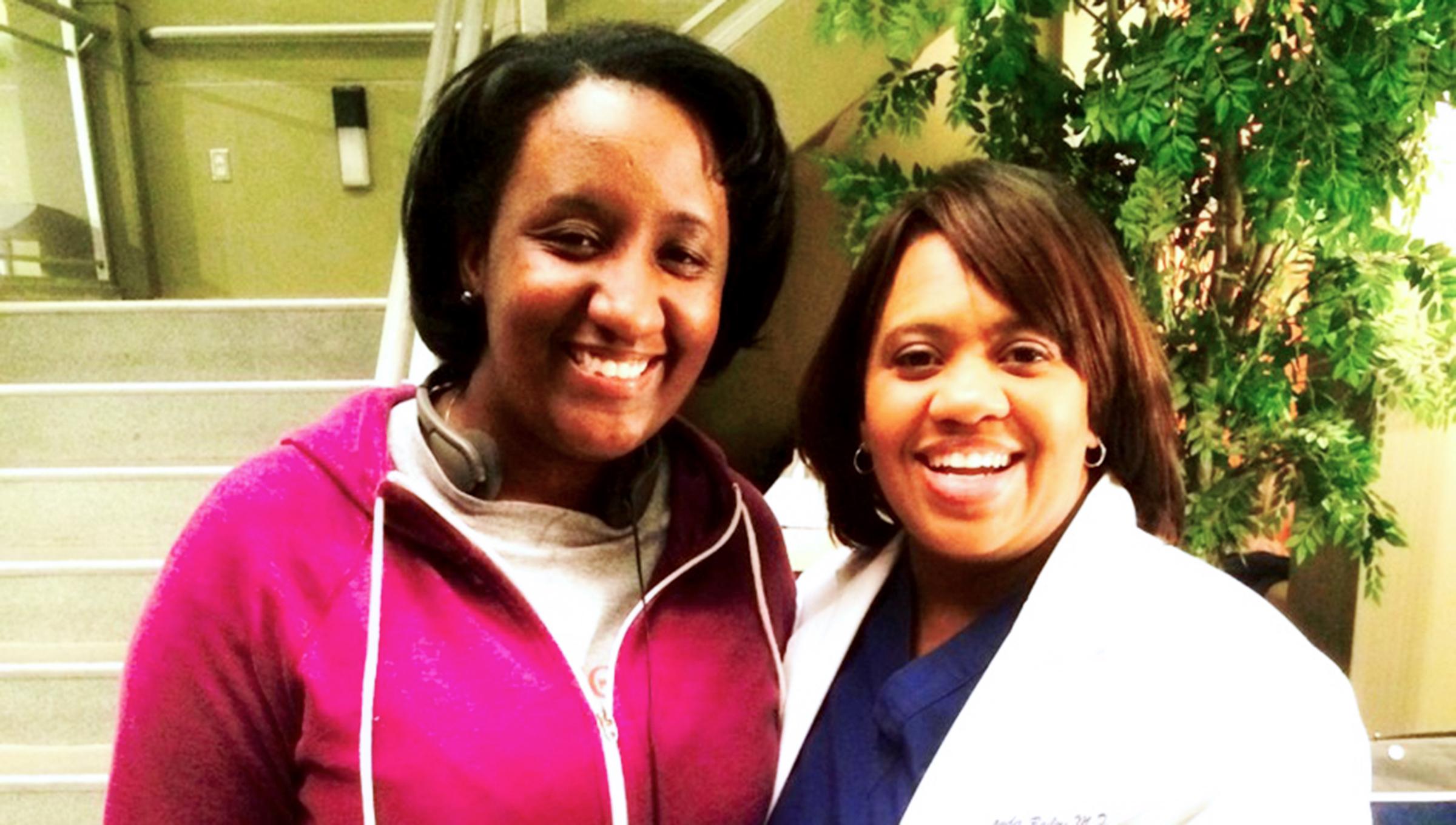 From Set to Bedside

Working for the show made me a better surgeon for my patients. It taught me how to take a medical situation and distill it into the key elements that make it more understandable and more accessible to patients in a way that empowers them.

It also reminded me to think outside of the box more. The show focused on rare cases. The writers would ask if a medical scenario was possible or had ever happened, and my first inclination would be to say “no”; but then I’d research and find a case report in the literature where it had happened, an interesting medical case that could help tell the story the writer intended.

As doctors, we’re taught to recognize patterns of illness, but when someone’s symptoms don’t follow that pattern it can be harder to figure out what is wrong. This experience has pushed me more to ask: “What if? What if this is possible?”

It’s hard for people to believe such an amazing experience ever happened—I always have to show pictures to prove it. My family members are fans of the show and, as far as they’re concerned, that is my greatest accomplishment. They love telling people about it and I love watching how excited they are sharing it.

In August, I completed my minimally invasive surgery fellowship at the University of Washington School of Medicine. From there, my travels brought me back to the east coast as an attending surgeon at the University of Maryland Medical Center. It’s my first job now that my surgical training is complete.

It’s not lost on me that Grey’s, in various forms, can be found throughout my journey to becoming a surgeon. As grateful as I am for the opportunity to work on Grey’s, I’m even more grateful to have had that initial gift of seeing Dr. Bailey’s character on screen. In the real world, women of color make up less than half of all medical school graduates; of that number, only 7.9 percent are black women. So Grey’s will always be more than just a television show that I watch or worked on, more than the show that pushed me to pursue a career in surgery. It is and will always be a powerful reminder of the importance of representation and the positive impact it can have.