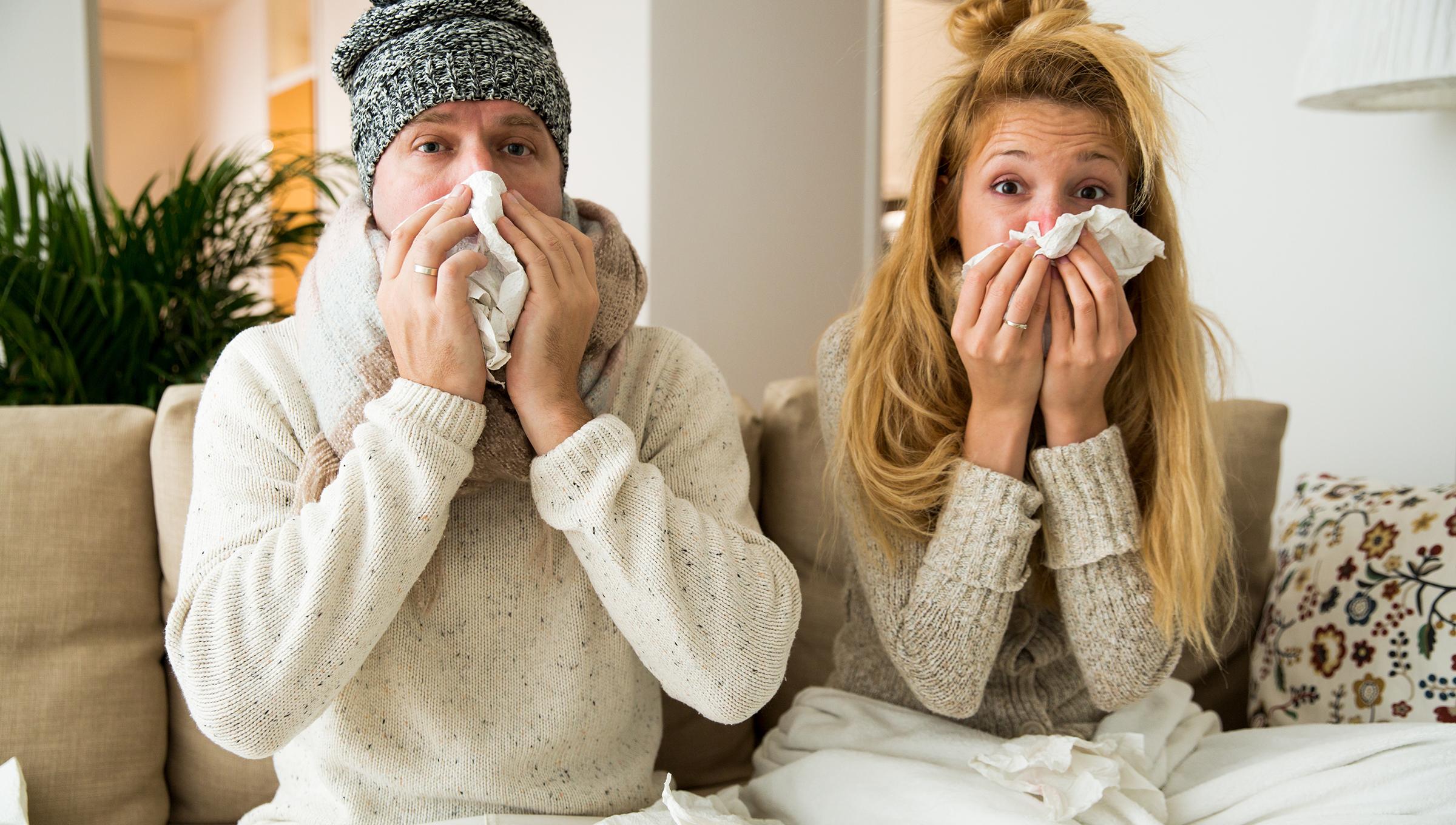 Like your annoying relative who drops by uninvited or that Tinder date you never should have swiped right on, the flu just keeps coming back. Flu season typically begins in October and ends in March, peaking somewhere between December and February, according to the Centers for Disease Control and Prevention. That means we’re smack-dab in the middle of it.

But you’re a healthy person. You exercise, try to eat a lot of vegetables and even have a primary care provider. Except you haven’t gotten a flu shot and now you’re wondering if maybe you should, since your best friend/coworker/partner is nagging you about it—and swears they will avoid you and your germs if you get sick.

“People don’t see the flu as being a serious illness,” says Christopher Sanford, M.D., a family medicine doctor who practices at the UW Neighborhood Northgate Clinic. “They think it’s equivalent to a head cold, but influenza makes a head cold seem like a pat on the back from your kindly aunt.”

What’s more, flu can be downright dangerous and even deadly for some people, he says. If you think that’s an exaggeration, consider that flu, along with pneumonia, was the eighth leading cause of death in the entire U.S. population in 2014. And while flu wasn’t necessarily the direct cause of many of those deaths, it is the most common cause of viral pneumonia, which can turn into the more serious bacterial pneumonia.

The flu shot is the most effective way to prevent the flu, but last year, just over 30 percent of the population ages 18 to 49 received a flu shot. That statistic is troubling for doctors like Sanford because, instead of protecting themselves and others, people are instead falling prey to rumors that aren’t helping them stay healthy.

Here, Sanford helps correct some common myths about the flu to help you steer clear—or, if you get it, help you handle it like a boss.

Lucky you. Just because you haven’t gotten sick in the past doesn’t mean you’re somehow immune to influenza. And the flu doesn’t work like chicken pox: If you get it, you aren’t protected in the future.

“There’s no benefit to having had the disease,” he says. “The risks from flu are markedly higher than the risk from the vaccine.”

Plus, the reason you haven’t had the flu before is likely because of vaccines. If enough people get vaccinated against a virus, they can’t then spread the virus to others. It’s a process called herd immunity and helps protect the most vulnerable people in the population, including infants and young children, older adults and people who have weak immune systems from a medical condition or medication.

Every year, Sanford travels to Uganda, where he says many people still die from vaccine-preventable diseases because they don’t have access to basic medical care. That used to be the case in the United States, too, before vaccines became widely used (hello, 1918 flu pandemic). We’ve just forgotten about that part of our history, Sanford says, largely thanks to the effectiveness of vaccines.

“In a way, we’re victims of our own success,” he says.

Myth 2: Since the flu shot isn’t 100 percent effective, I might as well not bother.

You’ve heard this before, but here it is again: The best way to protect yourself from the flu is to get a flu shot. True, the shot is 40 percent to 60 percent effective, which isn’t perfect. However, it also makes your symptoms milder if you do end up getting sick. The shot takes up to two weeks to build your immune response, so it’s in your best interest to get it sooner rather than later during flu season.

Myth 3: A virus is natural, but a vaccine is full of chemicals.

Antigens—foreign substances that induce an immune response—lead to antibodies, which are what protect you from the flu. If your body is exposed to the actual virus later on, it is more equipped to fight it, he explains.

And, before you ask, some flu shots do contain mercury—but it’s a kind of mercury called thimerosal that is rapidly excreted from your body, which means that its side effects are typically mild, like redness or swelling at the injection site.

The only cause for concern is if someone is allergic to thimerosal.

Myth 4: If I’m sick, I can’t infect someone just by standing next to them.

You probably stand about 3 feet away from coworkers when you’re discussing a project. You stand even closer talking with friends. Unfortunately, if you’re sick, that means you’ve probably already infected them. The flu is spread by virus-laden aerosols, or droplets, which are exactly what you think they are: Drops of spit or other bodily fluids that spray into the air when you sneeze and cough. These droplets can extend out from you at a distance of up to six feet—a dark cloud of illness hanging over your head and following you wherever you go. Even just breathing on someone a few feet from you can infect them.

Likewise, everything you touch when you’re sick gets covered in virus. Flu can survive for up to 48 hours on a hard, nonporous surface—like those infamous door handles, for example. So if you can avoid touching things that other people touch, please do.

And before you ask: No, wearing that surgical-style mask a la Contagion is not going to prevent your germy self from infecting the population. There isn’t a clear benefit to wearing masks, Sanford says. (Except maybe to alert unsuspecting innocents that they should keep their distance.)

“The benefit overall of getting a flu shot is much bigger than the possibility of rare side effects,” he says.

Also, just because someone has a health scare after receiving a vaccine doesn’t mean the vaccine caused it. There is often another explanation, Sanford says, and the two incidents can be merely coincidental.

“Every summer, ice cream sales and drowning deaths correlate strongly, but that doesn’t mean one caused the other,” he says. “There’s another factor: Hot weather leads to both. It’s often the same kind of thing with vaccines.”

The bottom line? Stop spreading fake flu news—and the flu—and get your flu shot so you don’t end up being that person hacking in their office cube all day.

They may seem similar at first, but flu symptoms are generally more severe, Sanford says.

If you have a cold you will probably have:

But if you have the flu, you will probably have: