Polycystic Ovary Syndrome Is Common, but Treatment Is a Gamble 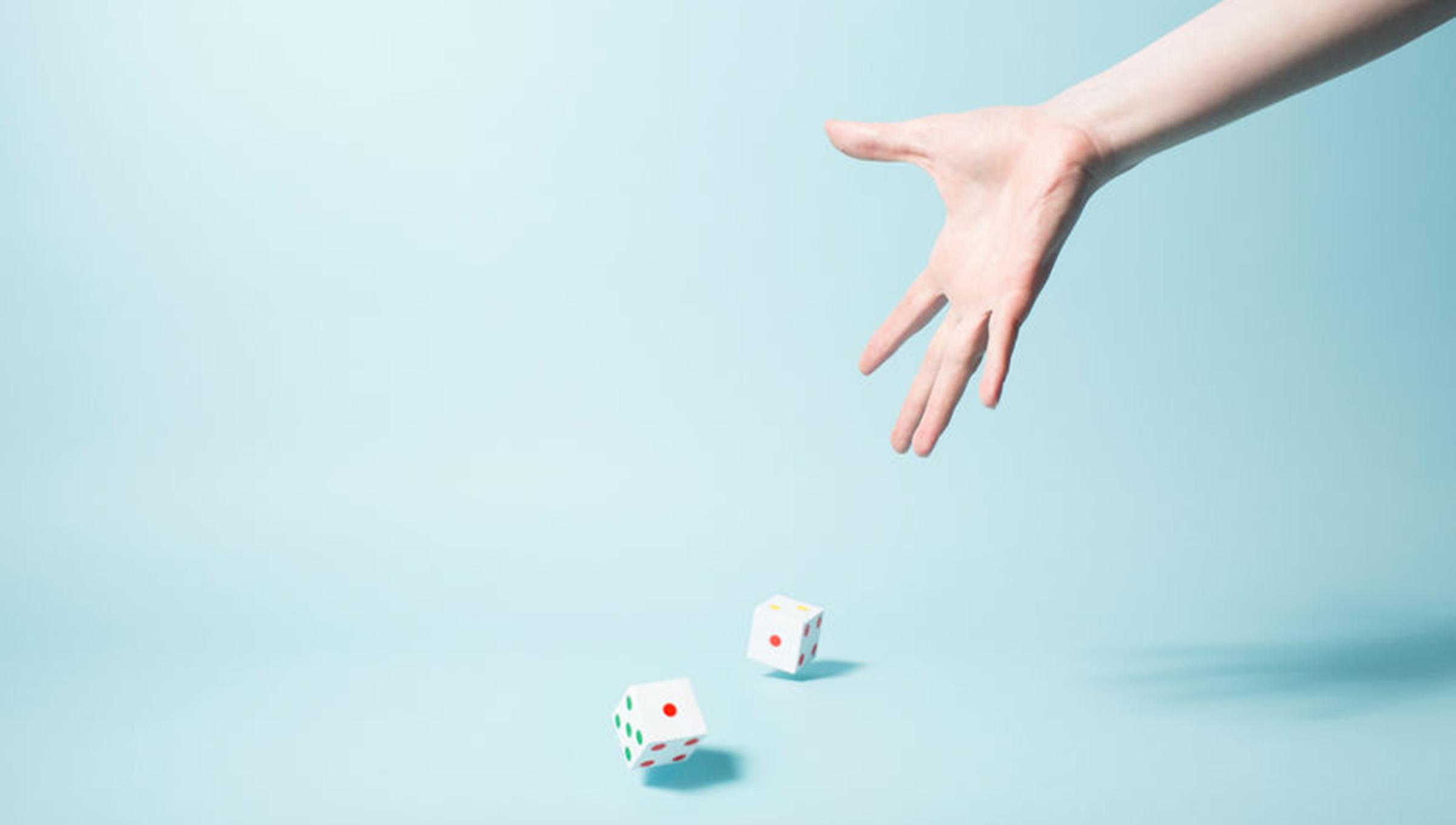 The mystery of PCOS

It was first described in the 1930s: A strange condition affecting women that caused enlarged ovaries, missed periods and infertility. First called Stein-Leventhal syndrome after the doctors who discovered it, it was eventually renamed polycystic ovary syndrome (PCOS) after the small ovarian cysts, like a strand of pearls, that many women with the disease have.

Doctors now know that, rather than an infertility issue alone, PCOS is a full-blown hormone disorder. But much about PCOS remains mysterious even after decades of research and despite the fact that millions of women have it and that it’s a leading cause of infertility. Even its name is confusing, since PCOS may not always lead to the ovarian cysts it was named after.

This lack of knowledge about PCOS in the medical community means it can take years for women to be diagnosed.

For Tanya Mauldin, diagnosis took a year of countless blood tests and visits with specialists, until at last an ultrasound revealed cysts on her ovaries. At that time, she was only menstruating once a year.

Mauldin has had irregular periods since her teenage years and didn’t think anything of it. Doctors had told her irregularity was common among young women. It wasn’t until she started losing energy and feeling off that she knew something was wrong.

To be diagnosed with PCOS, a woman must have two of three key symptoms: ovarian cysts, irregular or absent periods and elevated levels of so-called male hormones known as androgens. That means a woman can have no cysts but still be diagnosed with PCOS once other conditions have been ruled out.

Symptoms vary among women. The disease often causes insulin resistance, so many women gain significant amounts of weight even if they haven’t changed their diet or exercise routine. Other women don’t gain weight and may not even have many noticeable symptoms. This variability often leads to a tedious diagnosis process and makes some medical professionals question how best to treat the condition.

“We need to compare apples to apples, but some women have strong metabolic issues while others primarily have high male hormones. Some have both. Should we treat all these women the same way?” says Judy Simon, R.D.N., a clinical dietitian at the University of Washington Medical Center–Roosevelt who works with PCOS patients.

The struggle of infertility

Mauldin first became Simon’s patient when she wanted to optimize her diet and increase her chances of getting pregnant. For women with PCOS, particularly those who have insulin resistance, nutrition can play a major role in fertility and whether or not the pregnancy is healthy, says Simon.

Once Mauldin stopped taking the birth control pills she used to regularize her periods and help with symptoms, her period became irregular again. She tried to get pregnant for six months without success.

Her doctor eventually increased her dose of metformin, a drug used to combat insulin resistance, to a high dose of 3,000 mg per day. While this increased Mauldin’s chances of ovulating, it came with unpleasant and life-interfering symptoms like chronic diarrhea that was often triggered by fiber-rich but healthy foods like vegetables, which she was supposed to be eating more of.

It was a delicate balance between finding the most effective way to increase her chance of being a mom without compromising her health. Finally, Mauldin decided to try intrauterine insemination (IUI), a procedure that involves injecting sperm directly into the uterus. Since she still wasn’t ovulating regularly, she began taking medication to help kick-start ovulation. After an ultrasound confirmed that she had viable eggs, she underwent the procedure.

Mauldin successfully gave birth to her son, George, a year and a half ago. Her pregnancy was healthy and uncomplicated. She wasn’t able to breastfeed because she couldn’t produce enough milk, which was hard for her to accept. But she feels lucky that she was able to have a baby at all, since many women with PCOS can’t. 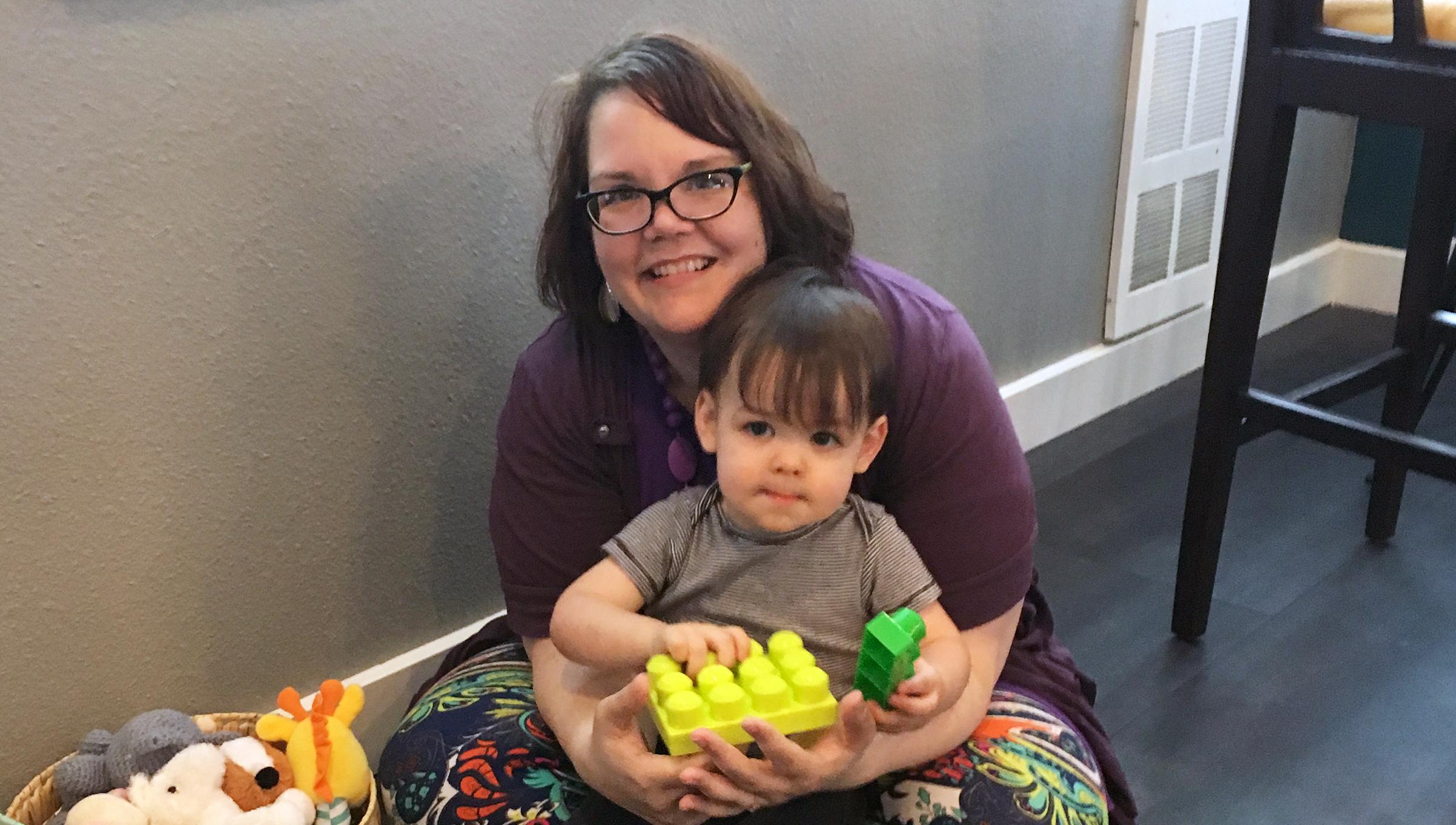 PCOS is much more than a fertility problem. Women with the disease are at increased risk for serious conditions like diabetes, high blood pressure, endometrial cancer and even mental health conditions like depression and anxiety.

According to Simon, some PCOS patients are also at risk for developing eating disorders, likely due to the eating habits they can form if they aren’t getting enough insulin. Simon works with her patients to help them learn how to regulate food intake and make healthy choices.

Weight can be an issue for many PCOS patients, also because of insulin resistance. Mauldin was told she had to lose weight in order to increase her chances of having a healthy pregnancy so, with Simon’s help, she dropped 60 pounds before having George.

PCOS has other symptoms like male-pattern hair growth (such as thicker facial hair) that aren’t medically dangerous but can interfere with a woman’s self-esteem.

Is PCOS a hormone imbalance?

Everything worked out for Mauldin, despite her struggles. Yet, since there is no cure for PCOS, her balancing act to maintain her health isn’t over. She will likely have the disease for the rest of her life.

Doctors are starting to learn more about what causes PCOS. One part of the brain, the pituitary gland, has been implicated. This gland produces many types of hormones, including two that play a role in ovulation and are dysregulated in women with PCOS. This, combined with hormone problems directly in the ovaries, insulin resistance and genetics, could lead to the development of the disease, says Subbulaxmi Trikudanathan, M.D., an endocrinologist who sees PCOS patients at the University of Washington Medical Center.

Though most women are diagnosed with PCOS as teenagers or adults, a hormone imbalance that triggers the disease could be present before birth. New research found that many women with PCOS have high levels of a hormone called the anti-Müllerian hormone (AMH), which plays a role in the suppression of female organ growth in male embryos. The researchers also discovered that female mice fetuses exposed to excess AMH in utero developed PCOS-like symptoms once they were born. Though the research is still preliminary, it suggests that screening for high AMH levels could help diagnose PCOS sooner.

Current methods for treating PCOS involve managing the symptoms patients are most concerned about, which often means patients see several specialists—for fertility, nutrition and other concerns like diabetes—and that their care has to be coordinated across all of these providers.

“The way we manage it depends on the patient’s needs. We try to address issues much earlier and prevent metabolic problems. But we could do better in finding more treatment options,” Trikudanathan says.

For Mauldin, PCOS treatment can be frustrating—as can the fact that, in her experience, many providers still don’t know much about the disease or how to help.

“Treatment and being on metformin feels like a game. How can I trick my body into doing what it should?” Mauldin says.

When she was first diagnosed, she scoured blogs and forums to read others’ experiences and find ways to help herself—but it was hard to know what information to trust, she says. And what works for one woman might not work for another.

Progress has been made since PCOS was first discovered and viewed primarily as a fertility issue, but both Simon and Trikudanathan point out that more research is needed.

Though Simon treats many patients with the disease, she never learned about it in her training. That lack of formal education on PCOS is a problem, she says. She now teaches PCOS basics to University of Washington graduate students in healthcare fields and would like to see more education of healthcare professionals across the country. Education is important for young women, too, especially about what is and isn’t normal in regards to menstruation.

“We need more women to understand their bodies,” she says.

Mauldin’s symptoms are easier to manage now, she says, and she has finally found a routine that works. She says being in touch with her body is what led her to seek a diagnosis—and ultimately enabled her to have George and work to improve her overall health.

“Keep pushing to get help, and don’t be afraid to go to a different doctor,” she says. “And listen to your body.”