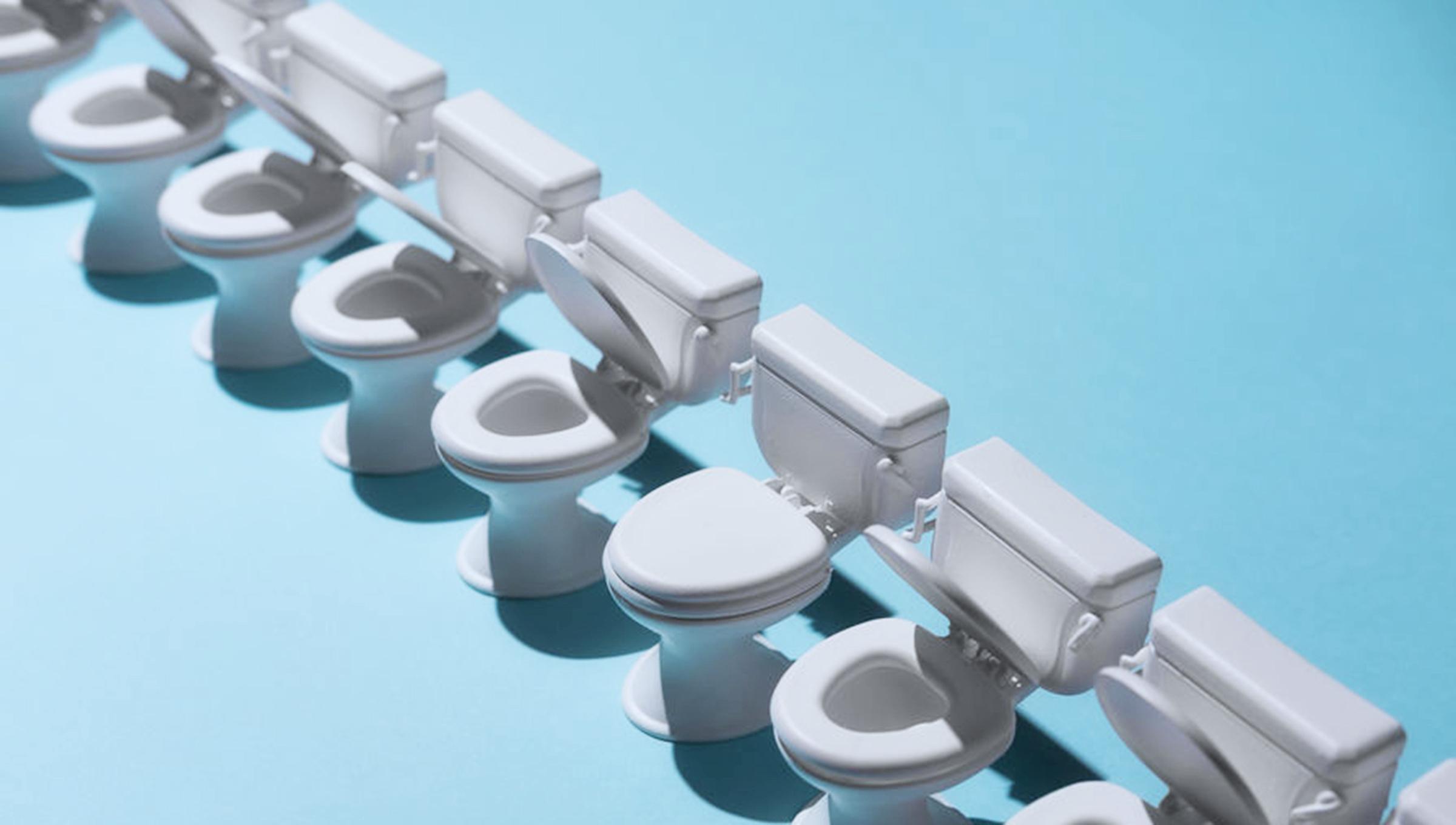 IBS is hard to stomach

I spend part of each day thinking about my bowels. I know that sounds strange, but for me it has become a normal part of living with irritable bowel syndrome (IBS).

Let me take you through an ordinary day when my IBS symptoms are flaring up. Upon waking up, I immediately have to rush to the bathroom, then again as I’m on my way out the door. At the office, I feel mildly nauseated throughout the day and don’t eat much, so my energy levels are low.

During a meeting, my stomach feels like it’s full of angry hornets, and I’m faced with a decision: hold the gas in and suffer the cramps or stink up the conference room. I make bathroom runs throughout the day, interrupting my workflow and making me self-conscious of looking like a bad employee for not being at my desk.

At home, I can finally indulge in real food without caring how it will affect my stomach. I can sit on the toilet for as long as I want until my rectal cramps pass (yes, that’s a thing) without fretting about not getting work done.

But then I have to do it all again the next day, and the next, not just at work but when I’m spending time with friends, on dates or attending events in crowded spaces where I can’t always escape to the bathroom on a moment’s notice. I typically forgo alcohol while out with friends and have to be selective about what food I eat. Everything I consume comes with a risk-versus-benefit analysis.

Though IBS can be irritating, plus embarrassing and exhausting, the good news is that, while there is no cure for it, it is treatable.

Why bowels get irritated

Though I spent years trying to hide my symptoms and felt like I was the only person who had IBS, I now know better: There are an estimated 40 million people in the United States — more than 1 in 10 — who have IBS, and many of us are young women. IBS is the most commonly diagnosed gastrointestinal problem.

IBS is a functional gastrointestinal syndrome, which means there is no visible damage to the bowels. This makes IBS different from inflammatory bowel diseases like Crohn’s disease and ulcerative colitis, where the bowels are visibly enflamed.

“In IBS, we think there’s a brain-gut dysregulation so that the brain is misinterpreting the signals it gets from the bowel. There’s an alarm bell going on in the brain even without any injury or irritation. Even the normal digestive process creates sensations of bloating, pain and discomfort,” says Shoba Krishnamurthy, M.D., a gastroenterologist at UW Medicine’s Eastside Specialty Center who treats people with IBS.

In times of actual crisis, this process is helpful. If you’re trying to run away from a threat, for example, you don’t want your brain to send blood to your bowels so they can digest food; that energy is best diverted elsewhere. But for people with IBS, our brains and guts somehow think that danger is a constant.

Though IBS isn’t dangerous, it can significantly interfere with someone’s life. Research shows that people with IBS often feel embarrassed by it, avoid activities where dealing with IBS would be difficult and feel that the condition limits them.

IBS is commonly defined by the stomach pain it causes, plus the constipation and diarrhea. And all of those things definitely occur. But, for me at least, the worst things are the ones that aren’t talked about, like how embarrassing it is to constantly have to fart while out with friends and how distracting it is to be highly tuned in to every little pain or gurgle in my gut.

A lot of people with IBS are extra sensitive to the goings-on of their bowels. That’s probably due to the brain-gut dysregulation, Krishnamurthy says. This heightened awareness to bodily functions is often called visceral hypersensitivity.

“People with IBS feel gut discomfort more, like the volume is really turned up in the bowel,” she says.

My symptoms aren’t always so extreme, though. Some days I can almost forget I have bad days. Overall, there’s a lot of variation among people with IBS. For some, it’s a minor inconvenience. For others, it’s debilitating.

“There’s a wide spectrum, from mild to severe symptoms. But for many people, it does cause quite disabling symptoms that limit them from doing their usual activities. Some people are afraid to go on a vacation or afraid to eat out at a restaurant,” Krishnamurthy says.

What exactly causes IBS and causes the gut-brain interaction to malfunction is unclear — and there could be multiple causes, Krishnamurthy says.

Some research shows that IBS begins after an infection in the bowel, usually from a case of food poisoning. IBS could also be caused by a condition called small intestinal bacterial overgrowth (SIBO), which can be diagnosed by a breath test and treated with a specific antibiotic.

IBS has also been associated with abnormalities in the microbiome, the colony of bacteria living in our guts.

Some experts wonder whether chemicals and additives that are in highly processed foods play a role, too. Though there is not yet much research to confirm or deny this, one preliminary study did find that certain food additives have the potential to impact gut bacteria.

“The SAD diet (standard American diet) is really sad. People are exposed to so many things, like pesticides, preservatives and industrial and chemical toxins, that we think have a direct effect on the microbiome,” Krishnamurthy says.

There is also a long-recognized link between IBS and mental health disorders. In fact, one study estimates that half of people who have IBS also have anxiety or depression.

But here we have a classic chicken and egg scenario that doctors are still puzzling over. Traditionally, experts figured anxiety caused IBS — but is that always the case?

“Now we’re questioning whether it’s really the other way around, at least in some people. That whatever condition led to IBS has altered bacteria in the colon, and that microbiome alteration also causes the anxiety and depression,” Krishnamurthy says.

Most often, diagnosing IBS is a process of elimination (no pun intended). Your doctor will consult with you and perhaps run tests to rule out other conditions.

If you have symptoms like bloody stools or new stomach problems you’ve never had before, you should go the doctor, as these aren’t common IBS symptoms and could point to some other issue.

IBS can be treated, but there is currently no cure. You may have heard claims that things like peppermint oil or probiotic-enriched yogurt will banish your IBS symptoms for good, but there’s little scientific evidence to prove that.

Still, there are things you can do to learn more about how IBS affects you, and there are simple steps you can take to stop it from interfering with your life.

Food is a major player in IBS — and what foods prove bothersome vary from person to person.

If you’re not sure what foods trigger you, or you have an inkling but want confirmation, try eliminating common offenders — things like dairy, gluten, acidic foods, coffee or carbonated beverages — from your diet for a couple of weeks and see if you start feeling better. Then, slowly add each food back into your diet, one at a time, and see if you start experiencing symptoms again. For more accurate results, you can also do this with the guidance of your doctor or a dietitian.

Another eating pattern that works well for many people with IBS is the low-FODMAP diet. FODMAP stands for Fermentable Oligosaccharides, Disaccharides, Monosaccharides And Polyols, which are all different types of carbohydrates (sugars) in various types of food. Many doctors think FODMAPs can exacerbate IBS symptoms.

Learn your other triggers

Along with certain foods, IBS symptoms can be triggered and exacerbated by other things, primarily stress and hormonal changes. It’s common for women to experience worse symptoms shortly before or during their period, for example. If you get a better idea of what triggers you, you can take extra steps to decrease the effect. If you’re having a stressful week, choose foods that are less likely to bother your stomach. This approach probably won’t entirely rid you of your symptoms, but it may lessen them.

Talk with your doctor about medication

While you can always take over-the-counter medications like laxatives, antacids or medications that help relieve an upset stomach, there are also prescription medications that might be helpful. Antidepressants may work for some people, especially those who experience anxiety, too.

You can also talk with your doctor about nonmedication aids like probiotics. While more research needs to be done to determine if probiotics truly ease IBS symptoms, there are specific strains of bacteria in certain probiotics that might be helpful for some people. Your doctor may be able to recommend a probiotic supplement that may work for you.

Krishnamurthy says psychotherapy or cognitive behavioral therapy is another solution for some people. If you have anxiety that interacts with your IBS, therapy to treat your anxiety could help relieve some of your IBS symptoms. And if you only have IBS, there are even therapy practices that focus on how IBS affects you that could be helpful.

Krishnamurthy specializes in hypnotherapy with a gut-directed emphasis, which initial studies show can be effective by reducing anxiety caused by IBS symptoms.

“I get someone into a hypnotic trance and give them suggestions for their bowel working normally and a decrease in symptoms,” she says.

If you’re not ready to jump into attending regular therapy sessions, there are relaxation techniques you can try on your own, such as deep breathing and progressive muscle relaxation.

If you’re embarrassed by your IBS symptoms, take some time to try to work through that. Remind yourself that, while IBS can be gross and uncomfortable, it’s not strange. Your experience is valid and you shouldn’t feel like you have to hide it from others. Instead, try talking about it with people you’re close to.

“It is common that you think you're the only one who has it, that other people are eating whatever they want, but that’s not true,” Krishnamurthy says.

Sure, timing is important: You probably don’t want to launch into a conversation about your bowels while you and your friends are eating dinner. But by confiding in people you trust, you’re removing the stigma around the subject.

You might even discover that someone you’ve known for a while also experiences IBS but, likewise, has been keeping mum about it. Or you might discover new strategies to try that could improve your symptoms.

Either way, it’s important that you recognize that you can get help: You don’t have to suffer in crampy, smelly silence.

“In the past, that’s what people used to be told: You just have to live with it. But that’s not true anymore. It’s definitely possible to lessen your symptoms,” Krishnamurthy says. 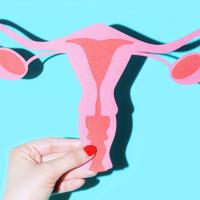 What You Need to Know About the Vaginal Microbiome 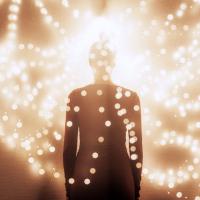 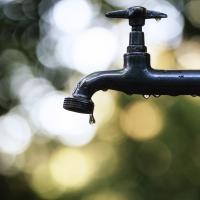 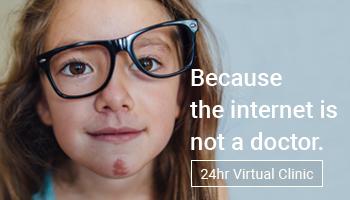