Yes, Your Heart Can Really Break 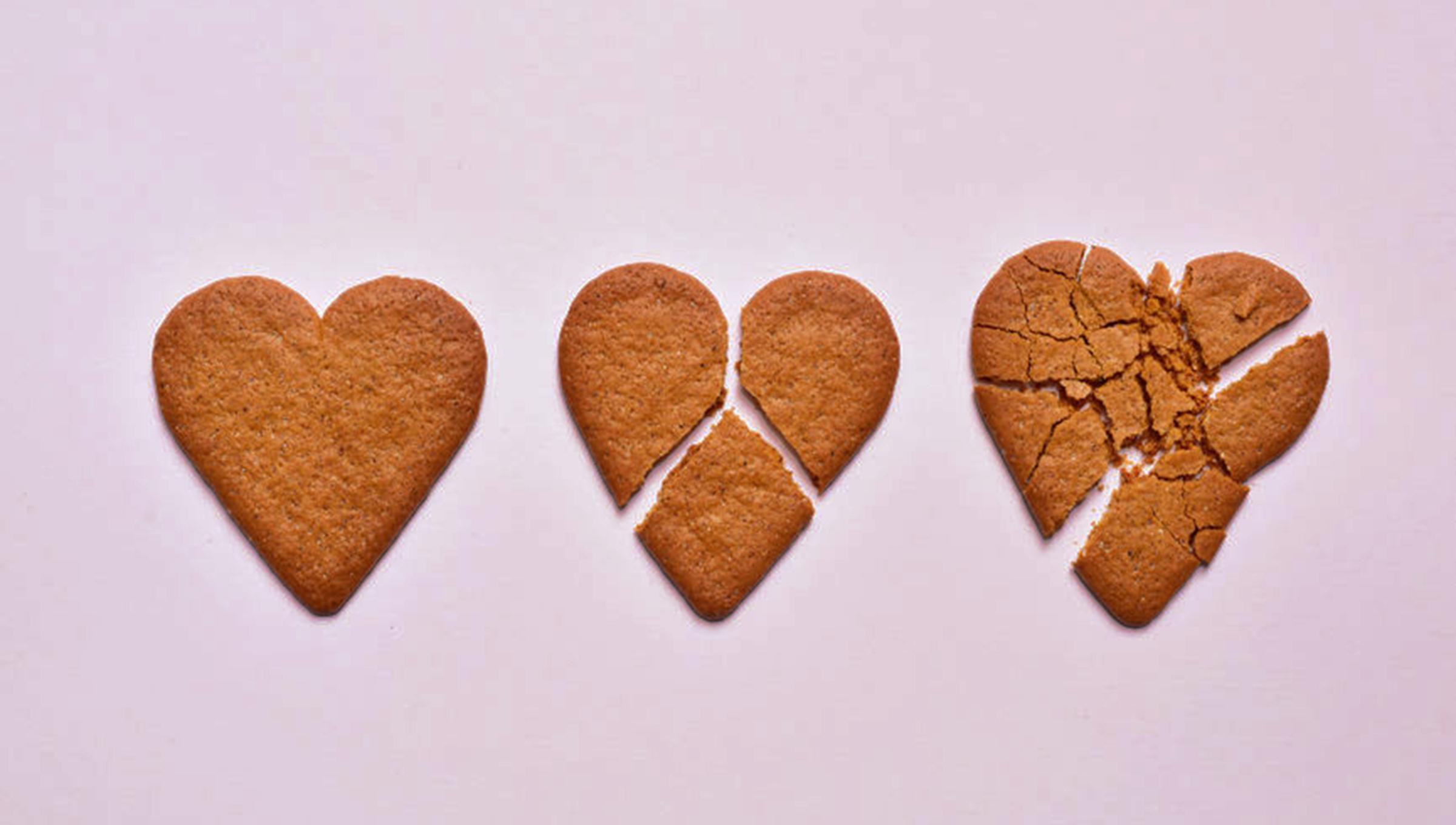 You’ve just had your heart broken. You’re on the couch, engaging in your own favorite flavor of ice cream therapy.

Yet you can consider yourself lucky in at least one way. Some people with recently broken hearts aren’t licking their wounds on the living room sofa, but are at the emergency room instead, with classic symptoms of a heart attack.

“It is not unusual that people who are suddenly faced with a traumatic event can experience shortness of breath and chest pain. That’s often a part of our stress response,” says Ting-Wei Yang, M.D., a cardiologist at Valley Medical Center in Renton, Washington.

It’s why it can be difficult to tell the difference between symptoms of a heart attack and anxiety.

But every once in a while a perfectly healthy heart can stop functioning properly due to an emotionally stressful event, such as losing a loved one.

This condition, known as stress-induced cardiomyopathy or broken heart syndrome, can be triggered by any intense stress, not just heartbreak. Think the loss of a pet, a car accident or even a bad argument.

Broken heart syndrome affects more women than men, especially those who are postmenopausal, but it can happen to anyone.

It also temporarily deforms the heart

“Women with this condition show all the classic signs of a heart attack, right up until they get to the cath lab,” says April Stempien-Otero, M.D., a cardiologist who practices at the UW Medicine Heart Institute.

The cath lab, short for the cardiac catheterization lab, is where doctors discover not the blocked artery or coronary artery disease characteristic of a classic heart attack but instead, a deformed heart.

“The left ventricle isn’t working well so it enlarges and changes shape while the base of your heart is normal or super normal because it’s working a little harder,” says Yang.

Broken heart syndrome is a mystery

Scientists don’t understand how or why broken heart syndrome happens and are still researching both its cause and its long-term consequences.

“The real mystery of this condition is that we still don’t know what causes it,” says Stempien-Otero.

Earlier studies theorized that stress hormones known as catecholamines released into the blood during stressful events stunned the heart, triggering its dysfunction. But new research suggests that inflammation plays a significant role.

“Two people can go through a similar emotional event yet you don’t know why one person will come down with broken heart syndrome over another person,” says Yang.

Recovery from broken heart syndrome is typically quick. While there is a small subset of people that can become gravely ill, and sometimes even die, for most, their hearts appear to return to normal shape and function within weeks.

“People have always thought that broken heart syndrome came and it went — that it was a temporary stress-related event,” says Stempien-Otero.

But new research shows that there is more lasting damage to the heart than previously thought. Though the heart appears to have returned to normal, it may not function as efficiently and may be more vulnerable to failure over time.

“The take-home message is that if you’ve recovered and continue to have symptoms of fatigue or shortness of breath, you should discuss these symptoms with your cardiologist,” says Stempien-Otero.

A cardiologist may recommend long-term use of protective medications that support heart function as well as regular echocardiograms to track its function.

And as to your psychological recovery …

“Most people recover from exposure to traumatic events within a few months,” says psychiatrist Mark Sullivan, M.D., who works at the UW Medicine Heart Institute.

But if psychological symptoms continue more than a few months after a traumatic event, it may be appropriate to consult with a psychiatrist or psychologist, says Sullivan.

Men get broken hearts too

“Anytime someone goes into cardiogenic shock, their prognosis worsens considerably, so in and of itself, that’s not surprising,” says Yang.

What makes this new research surprising is that patients with cardiogenic shock experienced worse outcomes not only during the acute phase of their illness but five years out.

Future research will shed more light on the mysteries that still confound our understanding of this condition, but until then: