What to Expect During Your Breast Biopsy 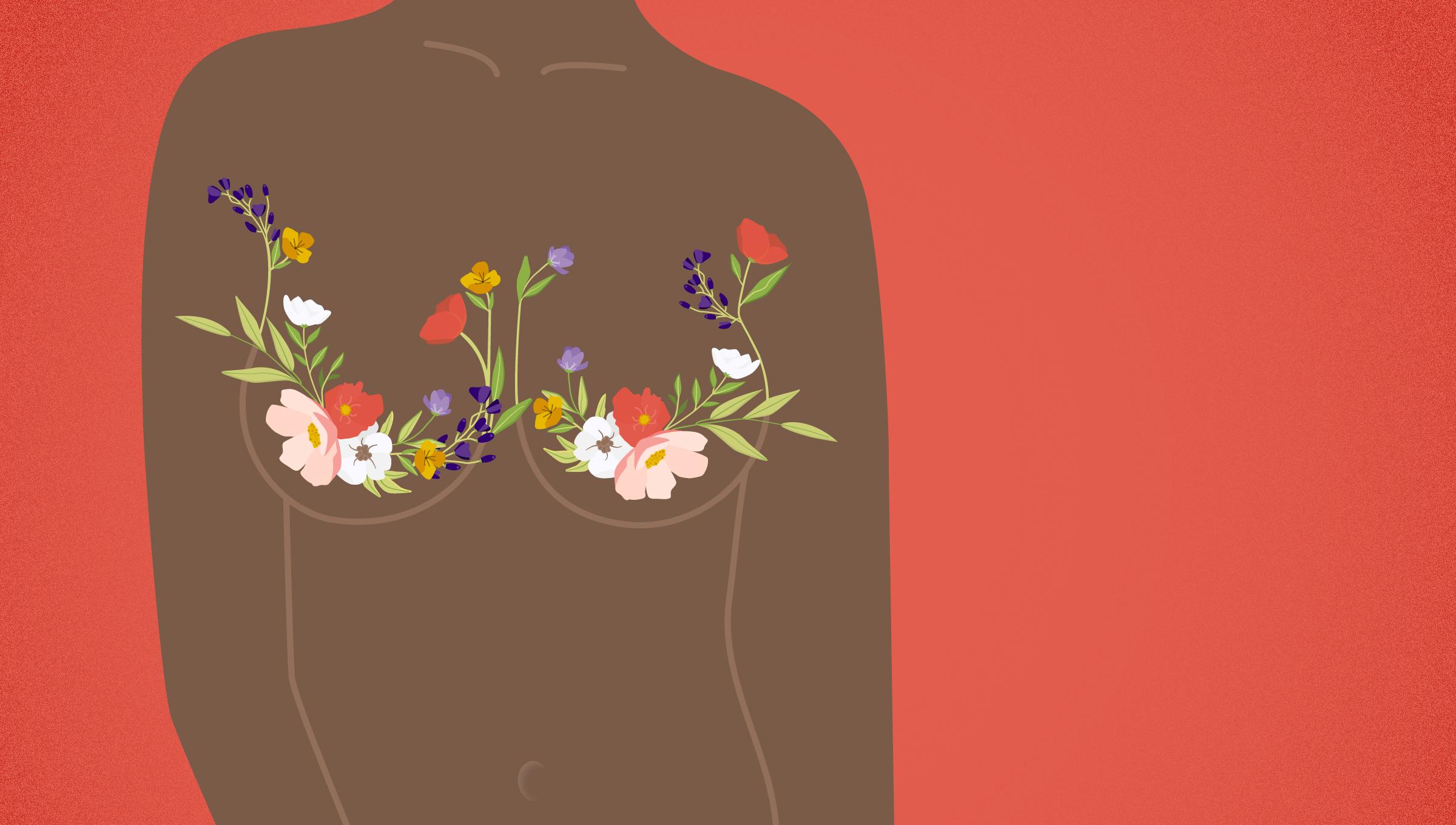 You’ve just finished your annual mammogram (kudos), and you’re ready to breathe a sigh of relief. But then your doctor calls to say you need a follow-up procedure called a breast biopsy.

Now not only are you worried, but you’ve got questions — a lot of them. Why do you need one? What does it involve? Where do you go from here?

To alleviate some of your concerns and help you better understand what’s in store, Dr. Meghan Flanagan, a breast surgeon at the Breast Clinic at UW Medical Center – Northwest and Seattle Cancer Care Alliance, shares everything you need to know about getting a breast biopsy.

Why do I need a breast biopsy?

There are two main reasons why your doctor might recommend a breast biopsy: either there’s an abnormal finding on your mammogram (a fancy way of saying something that doesn’t look quite right) or you feel a physical lump in your breast.

The concern, Flanagan says, is that it might be breast cancer. To know for sure, doctors perform a breast biopsy to remove a tiny bit of the suspicious breast tissue so they can see if it’s cancerous or not.

While it can be easy to worry your way into a slew of worst-case scenarios at this point, the best thing you can do if you need a breast biopsy is try not to stress. (We know, we know — way easier said than done.)

What may help is knowing that having a breast biopsy doesn’t automatically mean you have breast cancer. In fact, it’s more likely to be the opposite.

Of the 1.6 million women in the United States who have a breast biopsy every year, 80% end up with negative results, meaning they don’t have breast cancer.

What types of breast biopsies are there?

While all breast biopsies have the same purpose — to remove a sample of breast tissue so it can be reviewed for cancer — there are two main kinds: needle biopsies and excisional (aka surgical) biopsies.

Needle biopsies are generally performed by a radiologist, who inserts a needle into your breast to remove a sample of the abnormal breast tissue, called a lesion.

Most people start with a core needle biopsy, the most common breast biopsy procedure, which involves a large needle and a spring-loaded handle that quickly removes cylindrical samples called “cores.” Depending on the size and location of your lesion, your doctor might suggest a fine needle aspiration biopsy instead, which uses a thinner needle and syringe to draw the breast tissue out, although these are exceedingly rare.

Radiologists will also use various imaging tools to help guide them during the procedure and make sure they’re placing the needle in the right spot.

“Needle biopsies can either be done under ultrasound guidance or stereotactic guidance, the word we use for mammogram guidance,” Flanagan explains. “Sometimes you might need an MRI biopsy, and that’s if there’s an abnormality that can’t be seen on an ultrasound or mammogram.”

Excisional biopsies, on the other hand, are performed in an operating room by a breast surgeon, who can remove a larger sample. But, generally, your doctor will attempt a needle biopsy first before resorting to surgery.

“Typically, if we’re unable to establish a diagnosis with core needle biopsy, then that’s when we go into the operating room to remove a larger sample of tissue,” Flanagan says. “Our standard of care is to attempt a core needle biopsy first.”

One of the most common questions Flanagan hears from patients is whether breast biopsies can cause breast cancer to spread or grow in other areas.

While she understands the concern because potentially cancerous cells are being pulled out through other breast tissue, she says the data just doesn’t support that myth.

“The environment that’s required for a cancer cell to grow is extremely complex and specific,” she explains. “There’s no evidence to suggest that because of a biopsy, cancer is going to start growing in otherwise healthy breast tissue.”

Does a breast biopsy hurt?

You can breathe a sigh of relief on this one. While no one would call a breast biopsy fun, it’s not a procedure that’s extremely painful either (phew).

“We give you local anesthesia for a needle biopsy, and you’re awake the entire time,” Flanagan says. “For a surgical biopsy, we’ll use deep sedation so that you’re unaware, kind of like during a colonoscopy.”

This means that while you might feel some slight discomfort, pressure or a pulling sensation from the needle, you shouldn’t expect piercing pain of any sort.

What happens during a breast biopsy?

Breast biopsies are straightforward procedures and don’t require an overnight stay in the hospital or clinic, Flanagan says, but your exact experience will vary based on the type of biopsy you receive.

During ultrasound- and mammogram-guided biopsies, you’ll lie either on your back or side. After applying local anesthesia to numb your breast, your doctor will locate the abnormality and then insert the needle.

“You can expect to hear a loud click several times when we’re actually taking the sample,” Flanagan says. “We’ll move the needle around inside to sample different parts of the lesion and get about four to eight samples in total.”

After they’re done taking samples, they’ll also leave behind a tiny titanium marker clip, about 1 to 2 millimeters in size. These clips help them identify the exact spot the sample came from so doctors can identify it later. If you don’t need further surgery, the clips will remain in place indefinitely. (And don’t worry — the clips can’t be felt, are harmless and don’t set off metal detectors.)

The needle biopsy procedure itself only lasts about 15 to 20 minutes, but your entire appointment might take about an hour.

An MRI-guided biopsy takes a bit longer and requires you to remain in a very specific position while the doctor locates where the abnormality is in your breast.

Lying face down on a special padded table — think a massage table with openings for your breasts as well as your face — you’ll undergo a scan on the MRI machine. Expect to hear loud whirring sounds as the equipment works inside the enclosed tube.

From here, the doctor will compress your breasts between two panels, similar to what happens during a mammogram, and then send you back into the MRI machine for a second scan. Once the doctor is able to identify where your lesion is, you’ll receive local anesthesia and go through the standard needle biopsy.

With a surgical biopsy, you’ll be sedated and won’t remember a thing.

What are the side effects of a breast biopsy?

It can seem like a lot happened during the procedure, but Flanagan says most people are able to recover after a needle biopsy with just a bandage, over-the-counter pain medication and ice. Surgical biopsies, though, require additional post-operative care.

“You might experience bleeding or bruising, but it’s usually not significant,” she notes. “Many patients will also have tenderness or different sensations like burning in the nipple, feelings of fullness or tingling sensations.”

While they’re disconcerting, those side effects are considered normal and don’t indicate whether or not you have cancer. After a few days, those feelings should pass.

If you continue to experience bruising, pain or a rash after more than a few days, though, contact your doctor.

When will I get results from a breast biopsy?

The final step in the breast biopsy procedure is perhaps the hardest one: waiting for the results. Results can take anywhere from two or three days to around a week, depending on the type of biopsy you receive.

If your results come back positive for breast cancer, doctors will get you started right away on treatment. It can be a scary time, but it’s important to ask questions and seek out support from family and friends.

Your results can also come back discordant, meaning the biopsy report doesn’t match the level of suspicion doctors had from your mammogram. If that’s the case, you may need to go back for an additional needle biopsy, or possibly an excisional biopsy.

“Unfortunately, needle biopsies are ‘blind’ in the sense that we can only use mammogram, ultrasound or MRI imaging as a guide,” Flanagan says. “You can under-sample or miss a lesion. In the end, we just want to make sure we get it right.”

And if the results are negative (meaning it’s not cancer), well, you can finally go on and breathe a big sigh of relief.