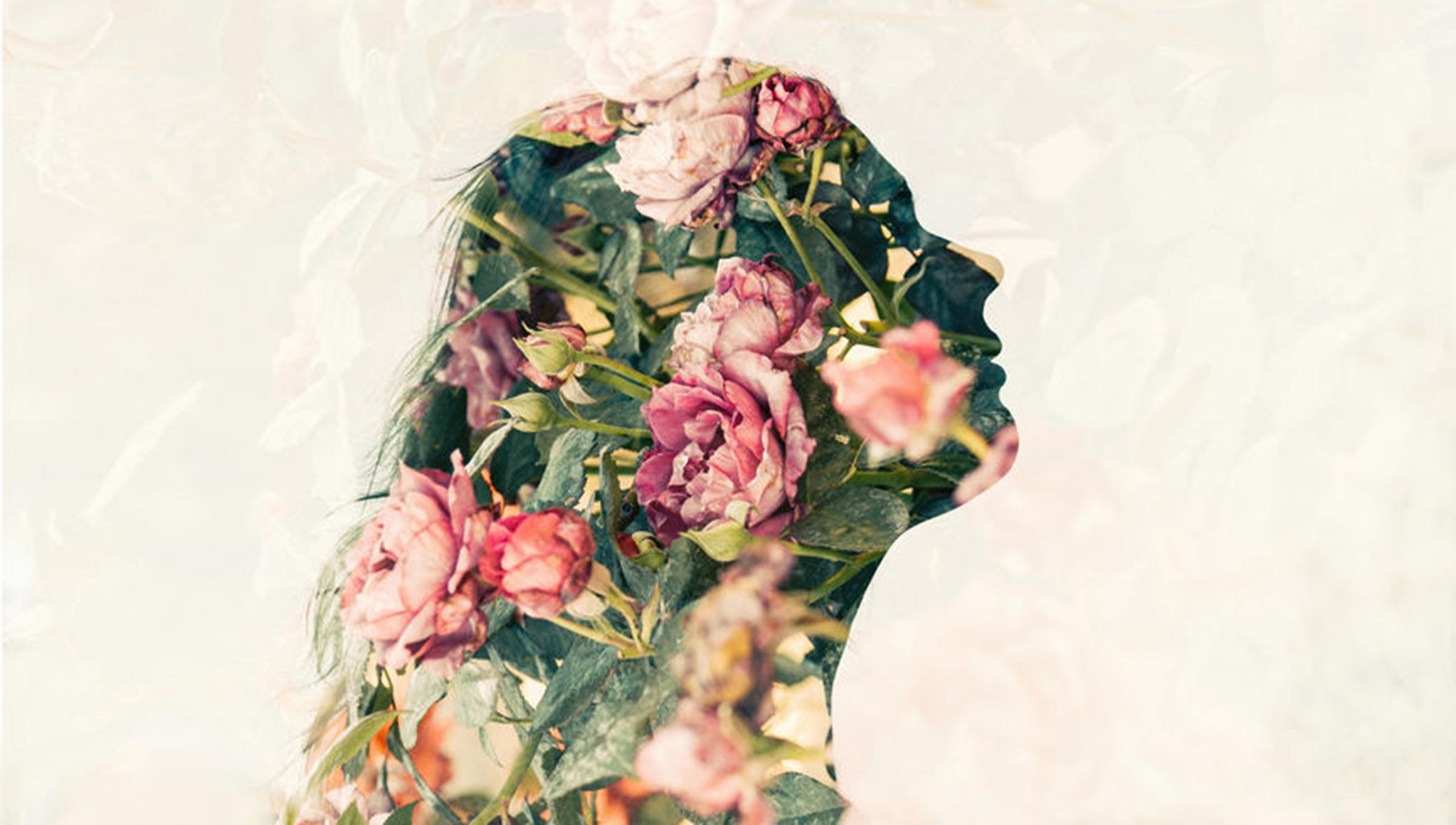 We’re all familiar with mental illness stereotypes from popular media: the shut-in, the compulsive hand-washer, the person wandering the street yelling obscenities. And while many of these are fading as stigma around mental health lessens, one condition remains misrepresented and misunderstood: psychosis.

The person who hears voices or sees things others don’t is often depicted as the sinister asylum patient, the serial killer or otherwise dangerous villain. In fact, this couldn’t be further from the truth.

“People with psychosis are seen as violent, but actually they’re more likely to be victims of crime than perpetrators. The largest study on this issue found that schizophrenia was actually a protective factor, and people with it who weren't using substances were less likely than others with mental illness to commit acts of violence,” says Sarah Kopelovich, Ph.D., an assistant professor of psychiatry and behavioral sciences at the University of Washington School of Medicine and the Katz Family Professor of Cognitive Behavioral Therapy for Psychosis.

In reality, people who experience psychosis aren’t the distant strangers we fear: they’re our neighbors, relatives and friends, maybe even ourselves. About three out of every 100 people will develop psychosis at some point in their lives—which makes it a lot more common than most of us would believe.

While it’s typically thought of as a break with reality, psychosis may be more of a bending—or extension—of it.

“Psychotic symptoms used to be thought of as totally different from our everyday experience, but we recognize that it’s all on a continuum now,” Kopelovich says. “Each of us is prone to a psychotic-like experience under certain circumstances.”

She gives an example of someone in the midst of a bedbug epidemic: “Just hearing about a bedbug outbreak may lead someone to feel the sensation of bugs on their skin. When we’re stressed out, our brains are prone to sensory misinterpretations and paralogical thoughts,” she says. (Who hasn’t felt that creepy-crawly sensation?!)

During an episode of psychosis, many people experience hallucinations: seeing, hearing, smelling or even tasting things others don’t. They may also experience delusions, beliefs that are not shared by others. This can involve paranoia or a sense that insignificant events are fateful. While what the person sees, hears or believes may seem bizarre to someone else, it is very real to them.

To explain this, Kopelovich returns to her bedbug example: “If my first thought is that there are bugs on me, I can test that interpretation. I can recognize that the first conclusion I came to may not be the most accurate.” When psychosis is involved, though, that process of recognizing potentially unhelpful ways of responding to a situation can be challenging.

If you think all of these symptoms sound a lot like schizophrenia, you’re not wrong: Psychosis is often part of schizophrenia, though they aren’t the same thing. Schizophrenia spectrum disorders involve one or more episodes of psychosis, but people with other mental health conditions—or none at all—can also experience psychosis.

Perhaps some of the fear surrounding psychosis is due to the fact that no one knows exactly what causes it. People erroneously used to think trauma or a major stressor caused someone to suddenly break with reality, but now researchers know psychosis develops more slowly than that.

Research suggests that psychosis can be brought on by a combination of biological, psychological and social factors—such as family history of psychosis, exposure in-utero to certain viruses, growing up in an impoverished neighborhood, and experiencing traumatic events. Psychosis can also be triggered as a symptom of mental illness or other medical conditions, such as a brain tumor, stroke or even sleep deprivation.

Researchers have begun to think about schizophrenia as a neurodevelopmental disorder, similar to autism spectrum disorders, meaning the brain changes that lead to psychosis and other symptoms begin long before they are noticeable in someone’s behavior.

“We know now that when we see someone first presenting with the signs and symptoms of schizophrenia, certain neurological changes have already been happening for some time, unnoticed,” Kopelovich says. “That’s why it’s so important to catch schizophrenia early. Early detection is just as important for schizophrenia as it is for cancer.”

Diagnosing psychosis can be tricky since there are so many potential causes—and also because it often first occurs during adolescence or young adulthood, ages when behavioral changes like withdrawing socially or neglecting self-care may seem normal, caused by nothing more than typical hormone changes and adolescent angst. If someone doesn’t recognize that their hallucinations or delusions are odd, diagnosis can be even trickier, because they may not seek help.

Like all types of mental illness, psychosis is only a problem if it causes significant distress and impairs functioning. The symptoms in and of themselves—such as hearing voices—don’t necessarily have to be viewed negatively, and many people learn to adapt to them.

How to treat psychosis

Another stereotype about psychosis? That it isn’t treatable—which is completely untrue, Kopelovich stresses. Despite this fact, some people who experience symptoms of psychosis are regarded as though they are doomed.

“There are still people who go to inpatient care for a first episode of psychosis and are told they’re never going to work again and should go on disability because stress exacerbates psychosis—instead of being taught how to cope with stress,” she says.

People can successfully manage psychosis using a combination of strategies and interventions, including early intervention (when possible), medications, cognitive behavioral therapy or other types of psychotherapy, academic or vocational services that help people stay in school or work, and support from family and friends.

Longer-term psychosis is best treated as soon as possible, since the longer someone has to deal with the stress and uncertainty of the illness, the greater the risk that their lives will be seriously impacted.

Cognitive behavioral therapy (CBT), a rigorously researched type of treatment for many mental health conditions, can also be used to treat psychotic disorders, usually in combination with other things, like antipsychotic medication.

“The idea with CBT is that it’s not the experiences themselves that are problematic—people can hear voices and not be distressed—it’s really the interpretation of those experiences that maintains distress and disability,” Kopelovich says.

CBT also helps people improve social and problem-solving skills, things that can become impaired due to psychosis, she says.

Unfortunately, few people who have psychotic disorders are able to access CBT treatment, and many people don’t have access to any kind of treatment in a timely manner: The average time between symptom emergence and receiving care for a psychotic disorder in this country is 18 months.

To counter this, Kopelovich and her colleagues are establishing an Early Psychosis Intervention program at the new Behavioral Health Institute at Harborview Medical Center to give more people access to care during this critical period in their illness. They are also working to train mental health care providers in Washington state and implement CBT care programs in community health, inpatient and forensic settings.

Psychosis is not a life sentence

Psychosis may not be permanent. However, if someone isn’t treated for psychosis, they could be at greater risk for developing schizophrenia or another psychotic disorder. Schizophrenia is rare, but people who have it are at increased risk for premature death and suicide.

“Although schizophrenia may include bouts of disability—periods where the individual needs to step back and focus on their recovery—treatment can minimize long-term disability,” Kopelovich says.

In fact, people with psychosis, including people who have schizophrenia, can live full, meaningful lives. They can work, get married, have kids and do the same things everyone else does in life. It’s important to address misconceptions because they influence how people are being cared for—and because challenging them can give hope to people who are suffering. 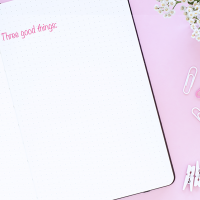 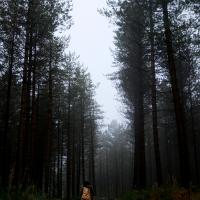 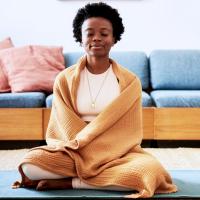 How Meditation Affects Your Brain and Boosts Well-Being