How Not to Irritate Your Coworkers 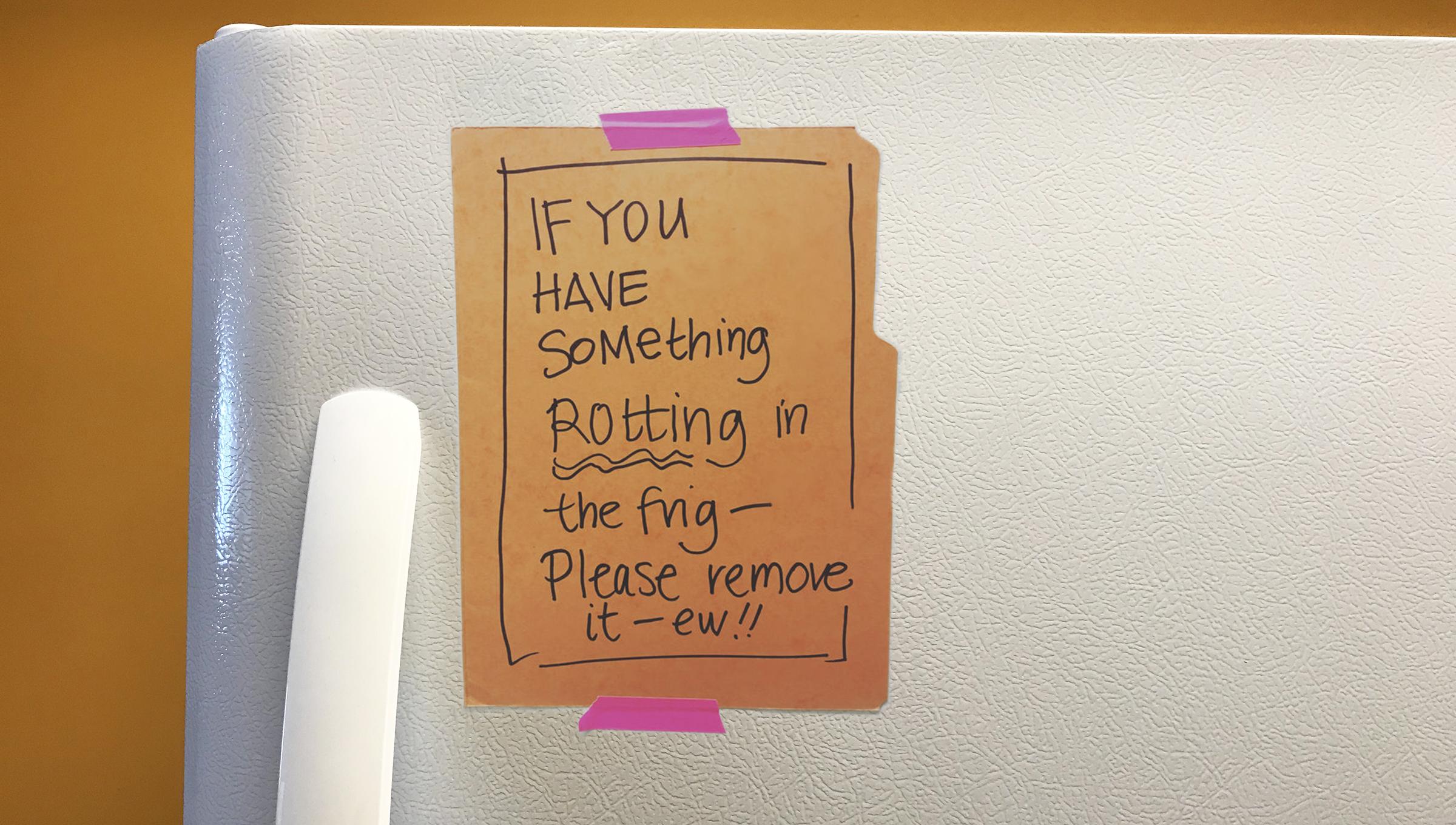 Anyone who works in an office has been subjected to their fair (unfair?) share of weird comments and behaviors from coworkers. Work is already stressful enough (the deadlines! the personalities! the meetings!) without adding unnecessary tension.

It’s not that difficult to be a conscientious coworker, but understandably the skill sometimes gets cast aside or forgotten on Mondays and other soul-crushing days. (Being trapped with the same people eight hours a day, five days a week can have that effect.)

Still, not taking your frustrations out on coworkers isn’t just better for the both of you, but also for the well-being of the entire office.

“It’s important to be self-aware of how you operate in a work environment because you’re dealing with so many different people. They might not be your best friends, but you have to interact with them. It’s critical to build relationships so you get your work done,” says Gayle Johnson, M.A., owner of EVOLVE Coaching Seattle and the instructor for an upcoming UW Professional and Organizational Development course on emotional intelligence.

Self-awareness, Johnson says, is key to helping you better understand your own perspective so you can recognize how that comes into play in interpersonal relationships, including work relationships.

Here are some common sense tips for becoming more self-aware and not creeping out the people you work with. These apply to anyone, but some of us may need them more than others. (You know who you are. Or maybe you don’t.)

Keep your hugs to yourself

Pretend you’re a kid at a museum and obey the sign that says “look but don’t touch.” (That being said, don’t look for too long. Staring at people is definitely creepy.) If you love to hug people, work isn’t the best place to do that unless you’re friends with a coworker and have made sure they’re OK with it. Even an innocent-seeming pat on the shoulder can be uncomfortable for some people who just don’t like to be touched.

Check your unsolicited comments like the baggage they are

Rarely are unsolicited comments about someone’s appearance appreciated. Your short coworker has a mirror and already knows she's short. Resist the urge to say something about her stature. It will make things awkward and uncomfortable, and it’s easy for random comments to come across as passive-aggressive, nosy or just out of place. And no one really needs them; most of us do, in fact, know what we look like.

Generalizing is generally a bad idea

If you find yourself wanting to make a joke that stereotypes an entire group of people, just don’t — and maybe take a long, hard look at your sense of humor. Only the people being stereotyped are allowed to joke at their own expense, and that’s only if they want to. So it’s fine for me to call myself basic because I had avocado toast for lunch three times this week, but if you joke in a meeting about how millennials are entitled snowflakes, don’t be surprised if you hear me hissing under my breath.

You know that little feeling of excitement you get when a new person (aka a break in the monotony) starts working in your department? Or when you find out said newcomer is also a huge “Buffy the Vampire Slayer” fan? You may feel inclined to have long conversations with them, get lunch together all the time or -gasp- even hang out after work, but rein yourself in until you know whether they’re looking for a new BFF or not. Being overenthusiastic about getting to know someone can come across as a little creepy, and some people prefer friendly but professional relationships at work. As an introvert who already sees you five days a week, I think that’s more than enough exposure no matter how much I like you. (I don’t even see my best friends that often, and I chose them.)

No one wants your food, Sharon

Don’t press your coworkers to eat the leftover cupcakes you brought in from a meeting. If someone wants a cupcake, they’ll eat a cupcake. Despite how delicious you might find cupcakes to be, there are countless reasons why someone may not indulge: maybe they’re doing whole 30, have celiac disease or just don’t feel like dealing with a sugar crash on top of regular afternoon sleepiness. Whatever their reason, stop acting like the food police and just leave them alone.

If you can’t say something nice…

You know how this goes. Compliments that aren’t genuine aren’t actually compliments but rather passive-aggressive or tone-deaf remarks. No one wants to walk away from a workplace interaction wondering if they should feel insulted. I mean, how am I supposed to respond to vague comments? Say thank you? Nod and smile? I’d rather you just gossip about me behind my back like any self-respecting modern employee. (Not really. Just keep your unhelpful opinions to yourself, please.)

Know where you stand

It’s important to know what you bring into exchanges with coworkers — whether it’s your racial privilege, your superior standing in the office hierarchy or your political bias — and be aware of how these things could influence the power dynamics of a conversation. For example, if you’re a male manager, it’s probably not a good idea to, say, laugh when a female intern non-jokingly says she’s an emotionally strong person — or to try to “fix” your mistake by explaining that you just don’t see her that way.

How to be more emotionally intelligent

Contrary to popular belief, being emotionally intelligent — a critical factor in the modern workplace, says Johnson — isn’t just about being able to empathize: it’s also about self-awareness. Once you understand and have mastered your own emotions, it puts you in a better place to consider how someone else may feel.

Here are Johnson’s tips for training yourself to be more self-aware.

Step in someone else’s shoes for a minute

Though empathy isn’t the only way to be emotionally intelligent, it is an important way. Before you make a comment or behave in a certain way toward someone, ask yourself how they might interpret it. Try to imagine things from their perspective. Would they think what you’re going to say is rude? Would they appreciate a hug, or would it seem inappropriate? And, when in doubt, ask the person: No one knows them better than themselves, after all.

Be direct, not passive-aggressive

If someone says or does something that bothers you, talk with them about it. Don’t be rude or send terse emails or “accidentally” forget to include them in a meeting; passive-aggressive behavior doesn’t help solve the problem. Instead, ask the person for a few minutes of their time to talk it through. Be polite but direct, naming what they said or did that upset you; focus on their behavior, not on them as a person. Explain why it upset you and what they could do to fix it. Then, to be fair, invite them to respond or specify ways you could be more helpful and prevent the problem in the future.

Let yourself feel your emotions

If someone at work does something that irritates you — or, let’s be real, maybe you just don’t like them that much — don’t beat yourself up for having thoughts or feelings like this. It’s OK not to like someone, and we can’t always help how we feel. Instead of wasting your time trying not to feel a certain way, try to understand why you feel like that and put that energy toward making sure you aren’t treating this person poorly.

Effective handling of harassment starts at the top, Johnson says — that is, your organization’s leadership. They set the tone for how they expect everyone in the organization to behave, so if that tone is more lax, that could be why some employees aren’t more conscientious — because they feel they can get away with it. And while you can’t single-handedly change this overnight, you can set a good example by being a respectful colleague. If you notice someone say something harassing, politely call them out. If someone is upset by how someone else treated them, listen and offer to help if you can.

“People can always individually work on themselves and demonstrate how they want to behave and be treated. You have to have consistency, but if you do, people will take notice,” Johnson says.

Note: No current coworkers were maligned in the writing of this article.