How to Teach Your Kids to Be Resilient 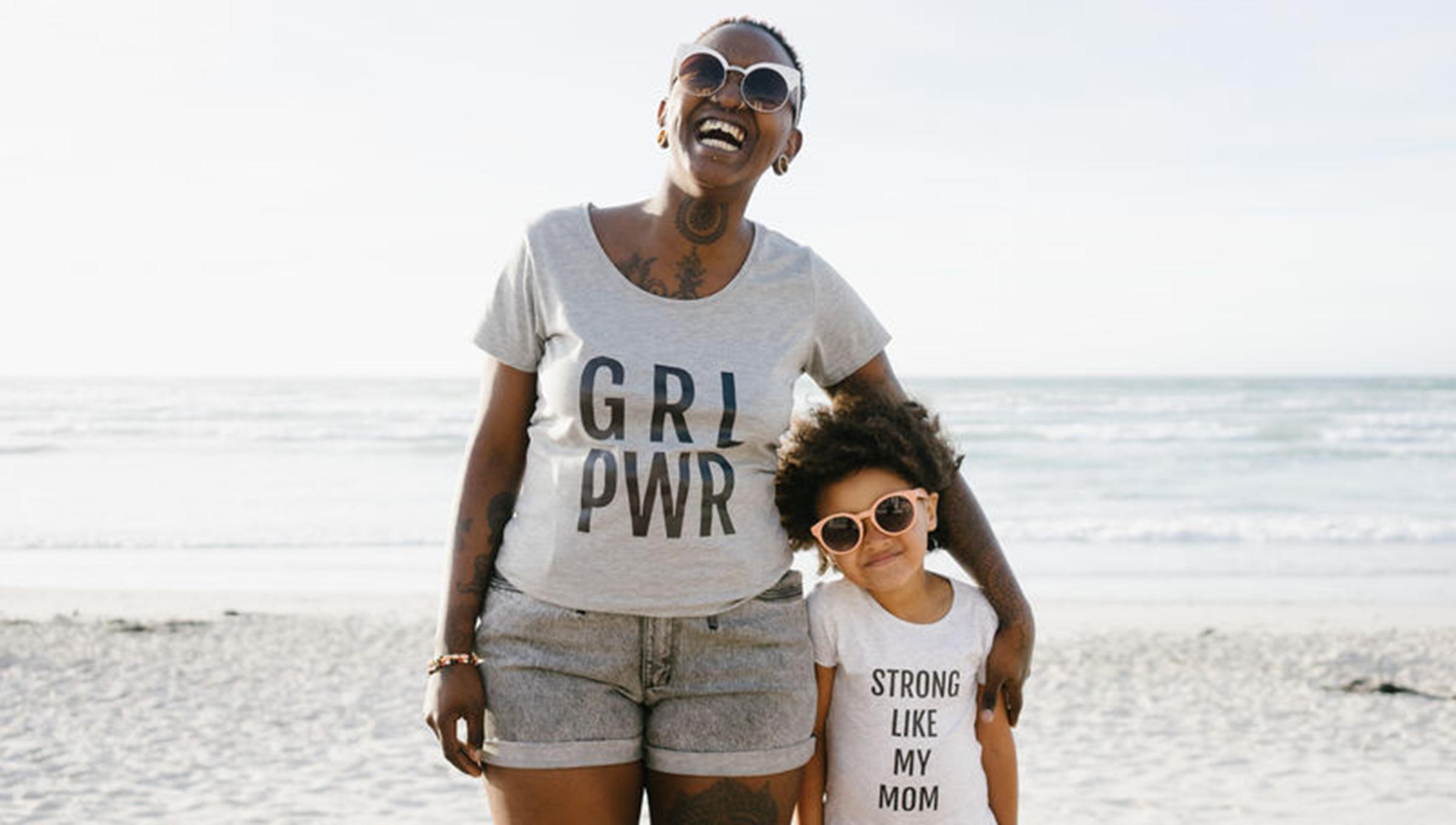 When adulting gets hard, you may think back to how carefree your childhood seemed—but you’re probably reminiscing through rose-tinted glasses. Kids and teenagers experience stress, too, and just because they don’t show it the same way adults do doesn’t mean it’s not there.

“It’s easy to think, ‘They don’t have jobs or bills or traffic, so what do they have to worry about?’ Just because kids don’t have adult concerns doesn’t mean they can’t experience stress or get overwhelmed. It’s important for adults to recognize that,” says Georganna Sedlar, Ph.D., a clinical psychologist and an assistant professor in the department of psychiatry and behavioral sciences at the University of Washington School of Medicine.

On top of stress caused by school, friendship problems and family dynamics, kids and teens can be affected by common causes of adult stress, like the internet and social media—and they’re exposed to it now more than ever.

“They have access to so much more information, and they may not have the resources or understanding for how to make sense of that or process that,” Sedlar says.

As a parent or guardian, you can help your children learn how to better manage stress and become more emotionally resilient. Here are Sedlar’s tips for helping children of all ages.

Consistency is important for young children, especially during times of stress. Sticking to routines is important, even if they’re small ones like story time before bed or a few minutes of undivided attention first thing in the morning.

Young children can be particularly sensitive to stress they pick up on from adults in the house. Even topics that seem too adult for kids to understand, like politics or crime, can still have an effect on them, especially if they notice you’re upset.

One way young kids show stress is by reverting to behaviors they seemingly grew out of, like bedwetting or thumb sucking. If you notice your child doing something like this, be patient with them, point out that they seem upset and provide comfort. They may not want or be able to fully explain how they feel, but offering a hug or some one-on-one time to calm them down is never a bad idea.

For kids who are a little older, it’s helpful to mention when you notice that something is bothering them. Ask what it is, or say what you think it is—even if you’re wrong, it gets the conversation started. For example, if they seem anxious and you know they have an important test coming up, ask them if they’re concerned about doing well on it.

It’s important when discussing what’s bothering them not to judge or lecture, but instead to acknowledge and validate their feelings. You don’t want them to feel like they’re being put on the spot, but instead that you are there to listen if they want to share what they’re going through.

Middle schoolers in particular can feel like they’re under a lot of pressure because so much is changing around them. Plus, they’re entering puberty and experiencing all the physical and emotional challenges that come with it. Making it clear that you’re there for them and that it’s OK for them to share their feelings with you is especially important.

You can even take this a step further and model what you want them to do. The next time you feel stressed or anxious, explain why you feel that way. Show them how to effectively express and share emotions without being overwhelmed by them.

It can also be valuable to make sure kids stay involved in family activities—whether that’s family dinners, movie nights or even chores—so they have a solid foundation from which to approach life’s changes and a sense of control over at least that part of their life.

Teaching teens how to be resilient is especially important, not just because they’re going through so many physical and emotional changes (adolescent angst, anyone?), but because teens nowadays report even higher stress levels than adults, according to a 2014 survey from the American Psychological Association.

Despite stereotypes about rebellious teens who hate their parents and don’t want to be around them, most teens still need a sense of stability and a safe emotional space at home.

That being said, it’s also important for them to have a mentor or role model outside of their immediate family, an additional person they can turn to so they have a network of support not just from their parents or guardians. This person can be a relative like an aunt or uncle or someone like a favorite teacher or coach.

For teenagers who act out or engage in risky behaviors when they feel pressured or stressed, make it clear that their conduct won’t be tolerated, but try to also be empathetic and recognize that they’re trying to do their best during a turbulent time.

For example, if your teen sneaks out at night, don’t go lax on punishment (they still lose certain privileges, like going out after school), but also make it clear that you understand the peer pressure they’re under and that you will always be there to listen and talk, without judgment, if they need you.

You can also help teens build useful coping strategies and ways of dealing with stress. Make sure they’re getting enough sleep, maybe by taking their phone at night so they aren’t kept awake by it during bedtime. Find activities to do together that make sense for their age and align with their interests, like going on hikes, volunteering for the same charity or attending games of their favorite sports team.

Help them build resilience by reinforcing a positive outlook and the idea that, even though things are stressful now, they will get better. Teach them how to practice self-care. If they’re having trouble with school or a friend, help them brainstorm solutions but also give them the space and time to develop their own problem-solving abilities—and trust that they are strong and smart enough to do so.

As a child’s caretaker, it’s easy to want to shield them from stress and preserve their childhood. And while that’s understandable, it’s not always helpful. You can’t shield them from every stress or hurt they will experience, and if they always rely on you to solve their problems, they aren’t learning the skills they will need as they get older.

“It’s important for them to build their own mastery and problem-solving abilities. A little bit of stress is actually helpful. It’s like getting a vaccine: We get a little bit of the virus, but it’s enough where our body will develop a way of responding to that, so we don’t get the full flu,” says Sedlar.

Being resilient as a parent or guardian

You may think your emotions don’t matter when it comes to how your kids handle stress, but that couldn’t be further from the truth. Kids often notice how you’re acting (or not acting) on your feelings and can model their own behavior after yours.

That’s why it’s so important to take care of your own emotional needs and handle your own stress before trying to help your kids do the same. Otherwise, they will learn from you that pushing their problems away or hiding how they feel is the best thing to do.

“I liken it to when you’re on an airplane and they do the safety review at the beginning. They say to put your oxygen mask on first before you put on your child’s. This is because you’re not able to help your child if you don’t have air and you’re passed out,” Sedlar says.