Is There a Bright Side to Your Child’s Screen Time? 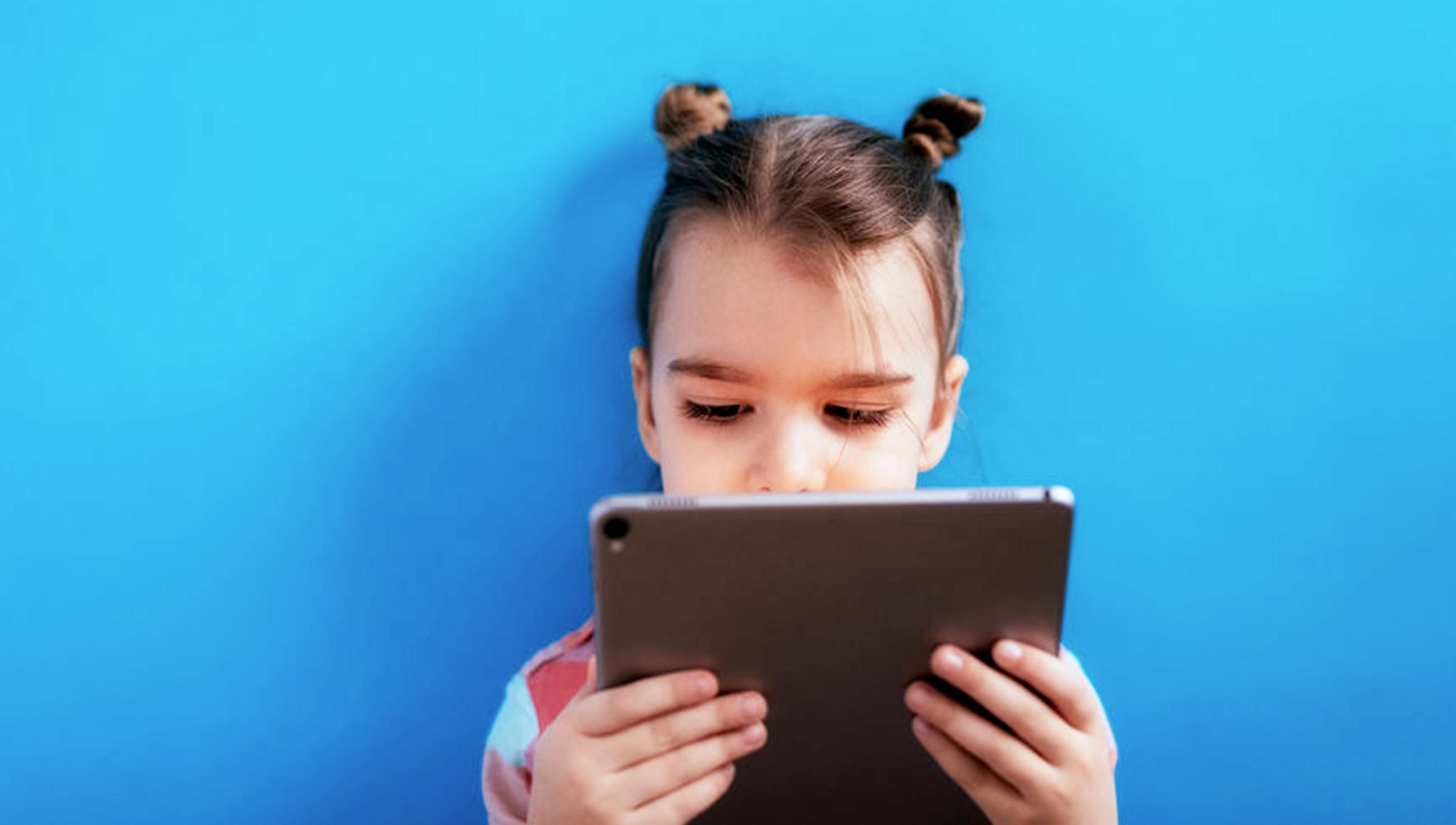 Remember when streaming TV, smartphones and laptops weren’t a thing yet? You know, when nobody had heard of Netflix or Instagram? When you didn’t have to wonder why the heck your child likes to watch videos of other people playing video games?

Today’s kids don’t remember those tech-free days because, well, they weren’t around back then. Instead of discovering the marvels of the internet as young adults like you probably did, they’re what experts call “digital natives,” a generation growing up immersed in glowing screens.

And while you might long for the good old days when a tablet was just a type of pill you took for a headache, that’s not where the world is anymore.

“We need to recognize the reality that screens are here to stay,” says Dr. Dimitri Christakis, a leading media and child development expert, pediatrics professor at the University of Washington School of Medicine and director of the Center for Child Health, Behavior and Development at Seattle Children’s.

But if you’re a parent, that screen-filled reality can be slightly terrifying. OK, make that a lot terrifying.

How are you, an ancient and totally uncool person in the eyes of your offspring, supposed to know what apps, shows and games are popular, let alone appropriate? What’s the best way to determine how much screen time is too much?

And is it really so terrible if you let your toddler watch a cartoon show about a British pig just so you can shower in peace for five minutes?

The harm that Christakis is talking about is what many parents fear: that too much time spent watching TV or playing video games will stunt their child’s cognitive growth, cause behavioral issues and impact their health.

And, no doubt about it, there’s some truth in that.

In one of his observational studies on the matter, Christakis found the more hours of television a child watched at ages 1 and 3, the more likely they were to have attention-related problems when they turned 7.

And in another study, he and fellow researchers exposed young mice to fast-paced sensory stimulation, the rodent equivalent of human TV. Later, when compared to control mice, the overstimulated mice demonstrated lower levels of learning and memory as well as higher levels of hyperactivity and risk taking.

The potentially harmful effects of screen time and digital media use aren’t just confined to attention or learning, either.

There’s constant debate about whether violence in video games can make kids more susceptible to aggressive behavior, if excessive screen time and the associated lack of physical activity is to blame for rising rates of childhood obesity, or if kids can actually become addicted to technology.

Despite all that, Christakis does believe that screen time can benefit children — as long as parents are able to curate, engage with and manage it in the right way.

“There is a lot of data to suggest that preschool children can benefit from prosocial educational television shows,” he says. “Children are imitators, and they imitate what they see. If they’re watching prosocial messaging and educational content, they absorb that and transfer it to the real world.”

While it seems like a no-brainer to limit your child’s digital media consumption to only the good, educational stuff, that’s much easier said than done.

“There are literally hundreds of thousands of apps that try to be educational, but with the overwhelming majority of cases — probably 99.9% of them — there’s no evidence to prove they have been educational,” Christakis notes.

The same goes for TV shows (catchy songs do not an educational show make), movies (because someone thought a film about emojis was a bright idea) and just about every other type of kid-focused content out there.

So where’s a well-intentioned parent even supposed to start?

Christakis points to nonprofit organization Common Sense Media, which rates everything from TV shows and movies to books, apps and games. On the site, you can read reviews and find scores for different categories like educational value, positive messaging and role modeling, violence, sexual content, consumerism and more.

And when in doubt, check it out for yourself. Preview an episode or two of a new TV show or YouTube channel before you let your kid tune in. Test out new apps and games, or poll other parents for their take on something you’re unsure about.

Screen time management doesn’t just stop at the type of content. Who your child watches TV or plays games with matters, too.

For example, if your kid watches the gold-standard classic “Sesame Street” solo, the educational value ends when the episode does. But if you watch it together, you can talk about letters, numbers, colors and life lessons covered in episodes long after the credits roll.

“It cues up an opportunity for the parent and child to have a back and forth for learning,” he explains. “You can refer to what was taught in the episode in the regular world and continue to have meaningful interactions.”

As your kid gets older, watching the same shows and playing the same games together can help strengthen your parent-child bond. The more common ground you have about the things they enjoy, the more likely they are to open up to you about issues like their mental health, relationships or problems at school.

Among all this digital media advice, you might be wondering where those screen time guidelines went. You know, the ones that list out hourly, age-appropriate media limits.

They still exist: Children younger than 18 months should avoid screen time, while those ages 2 to 5 should stick to no more than an hour of high-quality programming per day. But Christakis encourages you to not just think of those guidelines as cut-and-dried time limits but also in the context of your child’s overall schedule and daily activities.

“There are only so many hours in the day, so look at it more as an hour in front of a screen is an hour taken from something else,” he explains.

Just like your kid might need some downtime to chill with a favorite TV show, they also need time for school, physical activity, friends and outdoor play. When you consider screen time in this broader scope, it can help you better identify how you should incorporate media use in your family.

On that same note, it’s important to recognize that not all screen time should necessarily count as screen time. According to Christakis, an hour watching YouTube videos is not equivalent to an hour video chatting with a grandparent or texting (aka socializing) with friends.

“A lot of preteens and older adolescents do their socializing via screens,” he says. “Texting and video chats have displaced talking on the phone, so I wouldn’t necessarily count that as screen time.”

The problem is more about when screen time impinges on sleep or displaces real-life relationships.

“You’ll see teenagers or college students who are together at a cafe, and they’re all on their phones,” Christakis says. “Their phones are disrupting quality face-to-face interactions.”

A good rule of thumb to avoid such a scenario is to put phones away during meals and to designate bedrooms as device-free zones.

Remember that saying, “Do as I say, not as I do?” Well, sorry, that doesn’t apply here.

Healthy screen time limits don’t extend only to your children. You, dear parent, are equally susceptible to what Christakis calls “technopherence,” the interfere of face-to-face interactions due to technology use.

“Exhibiting healthy use of screens even when your children are infants is incredibly important,” he says.

So while every parent deserves a break — and, yes, the opportunity to shower in peace — try your darndest to limit your own screen use in front of your children.

Leave your phone tucked away when you’re playing with your kids on the playground. Follow the aforementioned rule about device-free mealtime, and try not to get distracted with responding to emails or checking your Facebook feed when you’re with your child.

“Parents are missing opportunities to be there for their child during specific moments because they’re on their screens,” Christakis says. “Parents need to know that they are their children’s first and most important relationship.” 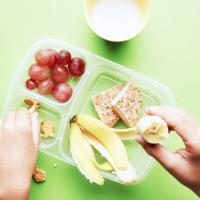 Is Your Child Overweight? Here’s How to Help 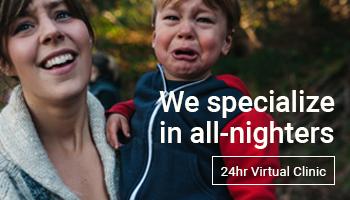