What to Know About the Most Commonly Prescribed Anxiety Medications 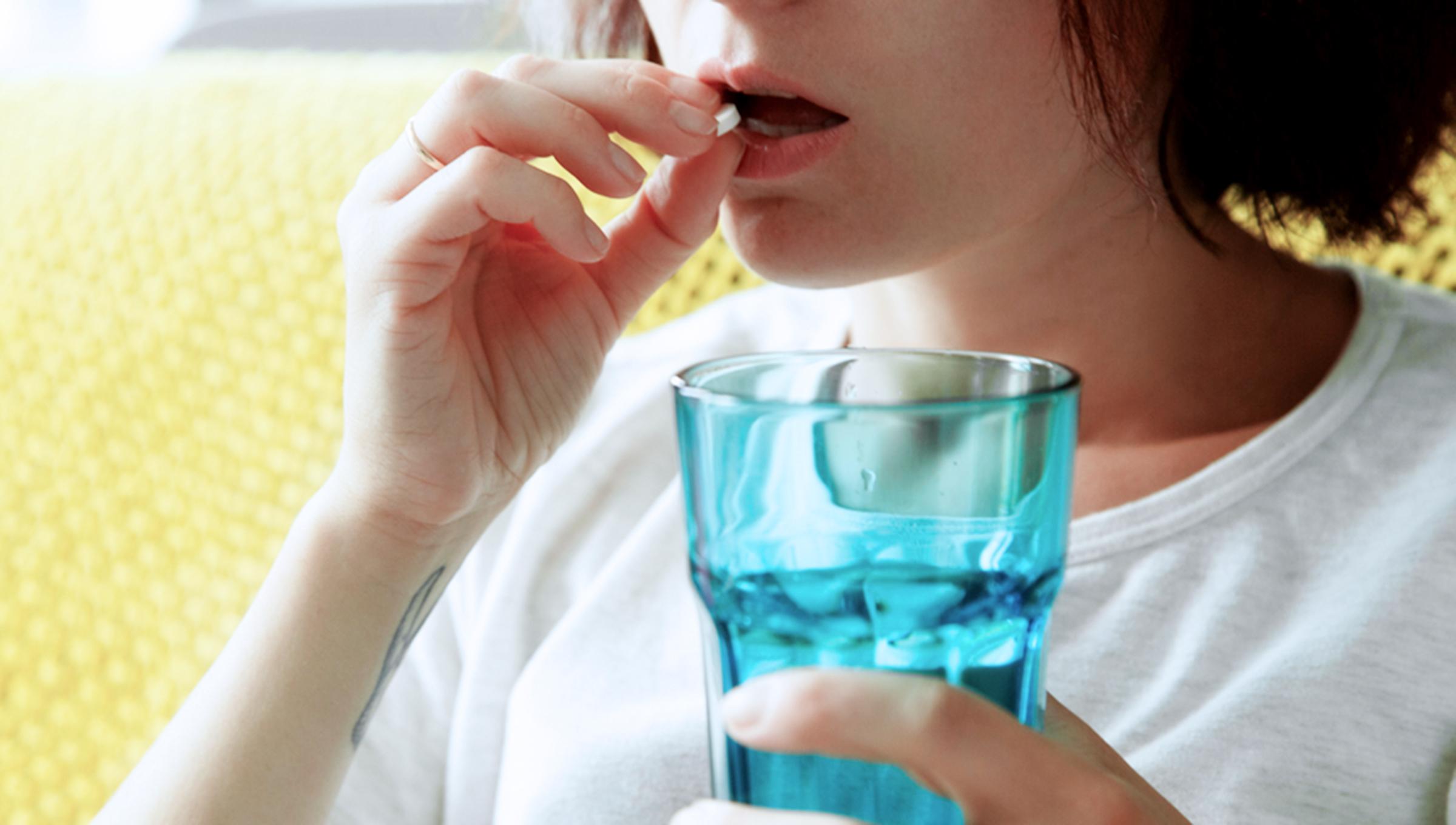 Benzos are popular but risky

Benzodiazepines, more commonly known as benzos, are a mainstay of pop culture. From cameos in movies and TV shows to that Billie Eilish song about Xanax, benzos have long been the drug of choice for Americans dealing with ever-worsening anxiety.

There’s one problem, though: Benzos can be dangerous.

“The risk-benefit profile of benzos for treating things like an anxiety disorder or insomnia is pretty poor,” says Dr. Andrew Saxon, an addiction psychiatrist in the Department of Psychiatry and Behavioral Sciences at the UW School of Medicine.

What he means is that, in many situations, the risks of taking benzos are greater than the potential benefits. Yet benzos remain one of the most-prescribed medications in America. As of 2018, more than 1 in every 8 U.S. adults was taking one.

Which prompts a question: If benzos are dangerous, why are so many people taking them? Here’s what you need to know.

Benzodiazepines have been around since the 1960s. Valium was an early option, but now brands like Xanax, Klonopin and Ativan are more popular.

The drugs are sedatives, so they calm you down and make you feel sleepy — kind of like alcohol. They do this by spurring activity among a neurotransmitter in the brain called gamma-aminobutyric acid (GABA), which slows down processing in the brain and nervous system.

This slowing-down happens very quickly, meaning if you’re anxious and pop a Xanax, you’ll feel better within the hour — sometimes even within minutes.

“That’s the seductiveness and allure of benzos, they honestly do work extremely well to calm people down and eliminate anxiety in the short term,” Saxon says.

Therein lies the biggest problem with them, though.

Why benzos are overprescribed

Anxiety is one of the primary problems benzos are used to treat — and it’s on the rise in the U.S.

According to the National Institute of Mental Health, anxiety disorders are the most common form of mental illness, with an estimated 19% of Americans experiencing one within the past year.

Benzos are also commonly prescribed for insomnia, which affects up to 30% of the U.S. population.

Aside from having a diagnosable anxiety disorder or other issue, there are many other people who go through periods of high anxiety due to life changes like divorce or the loss of a loved one.

Anxiety, insomnia and significant stress are, at the least, uncomfortable to experience — at the worst, they can be debilitating.

It makes sense, then, that many people experiencing one of these issues will try to find a way to manage it. Though there are several options, benzodiazepines often seem like the most promising. Who doesn’t want a quick fix that actually works?

This expectation comes into play when doctors prescribe benzos, Saxon says. If someone goes to the doctor because they’re feeling anxious or can’t sleep, they often want a solution right away. And doctors want to help. Benzos seem like an easy solution.

The dangers of benzos

The first problem with benzodiazepines is what makes them so effective: they work very quickly. If you’re feeling anxious, and then you take a benzo and almost immediately feel better, chances are you’ll want to recreate that chain of events the next time anxiety pops in for a visit.

But the more you want to recreate that feeling, the less you’ll actually be able to.

If someone takes a benzodiazepine on multiple occasions, their body begins to develop tolerance to it. Which means they next time they take the medication, it won’t work as well unless they take a higher dose.

This is particularly true of Xanax, which Saxon says he never prescribes.

“I don’t think it should be on the market. It rapidly absorbs into the brain, the effects are very potent, and if people like that, they’re going to feel good on it and want to have that effect again. On the other side of the coin, it’s very short acting,” he says.

Because of benzos’ calming effects and peoples’ desire to get more of it, some people end up overdosing. This usually isn’t life-threatening but can be extremely unpleasant, involving things like blurred vision, slurred speech, dizziness and confusion.

While overdosing on a benzo alone isn’t fatal, it can be if combined with other drugs, particularly opioids. In fact, according to the National Institute on Drug Abuse, at least 30% of opioid overdoses also involve benzodiazepines. This can happen when a patient who has a condition like chronic pain and is prescribed opioids presents with anxiety or insomnia and doctors prescribe a benzo, too.

Even without overdosing, taking a benzo often becomes a vicious cycle of craving that feeling of blissful calm but being increasingly unable to attain it.

“The problem is they get prescribed when they shouldn’t be, then if people keep taking them, there’s a potential for serious side effects and people become physically dependent,” Saxon explains.

Physical dependency to a benzodiazepine can come with a host of unpleasant withdrawal symptoms — like tremors, agitation, sweating or seizures — if your body isn’t getting as much of the drug as it wants.

For some people, these symptoms are strong enough to prevent them from trying to go off the medication. But taking a benzodiazepine long term isn’t safe, and most doctors won’t prescribe benzos for long periods of time. Long-term use is associated with a higher risk for withdrawal syndrome, which can last months, as well as things like cognitive impairment, memory problems and behavioral issues. Adding to these concerns is the very serious risk of death if long-term benzos are stopped abruptly rather than tapered.

Disturbingly, some research shows that long-term use of benzos is also correlated with the development of dementia or Alzheimer’s disease.

Is short-term use of benzos safe?

The answer to this question is: it depends.

Some people may do fine taking a few doses to help them function during a high-stress, short-term situation. For example, they can be extremely helpful — when prescribed and monitored by a doctor — to someone going through withdrawal from alcohol, Saxon says.

Since benzos are most often prescribed for anxiety, there are some situations where this can be more helpful than harmful, too, such as when someone has such severe anxiety that they can’t function normally and for whom other treatment options have failed.

“For those patients, their quality of life improves with benzodiazepines,” Saxon says.

Outside of these serious situations, however, benzodiazepines shouldn’t be taken lightly.

There are many cases in which people shouldn’t be prescribed benzos even in the short term due to higher risk of developing dependence or other bad outcomes. This includes people who have chronic pain, a history of substance use disorders, are on multiple medications or are older adults.

Even for people without those risk factors, there’s no guarantee taking a benzo will be safe. At UW Medicine clinics, for example, primary care providers are encouraged to think of benzos the way they do opioids and only prescribe them when other options fail, aren’t well-suited to the patient or aren’t available.

They also follow a set of recommendations whenever considering writing a prescription, including doing a thorough review of the patient’s medical records, establishing clear goals for short-term use, monitoring progress toward those goals and monitoring the patient for any potential negative side effects.

Saxon, however, believes benzos are regularly overprescribed and doesn’t agree with the idea of using them even in the short term because of the potential risks.

A safer way to treat anxiety

When it comes to prescribing benzodiazepines, Saxon likes to make a distinction between anxiety as a disorder and anxiety as a life experience. The former is potentially debilitating. The latter, while it can be extremely uncomfortable, is normal and is something many of us will experience at some point.

“Right now what we’re going through with the viral pandemic, almost all of us are feeling anxiety, but if it’s just anxiety as an experience that’s different from having a disorder which can be very disabling. It’s a terrible idea to give someone who has simply anxiety as a life experience a benzo,” he says.

Saxon recognizes that anxiety that isn’t a disorder can still be overwhelming even if it doesn’t prevent someone from functioning in their day-to-day life. Yet, despite the temptation for a quick fix and even for people whose distress is short term, Saxon recommends seeking out other potential solutions first.

This is because if someone relies on medication to erase their discomfort, they won’t learn how to manage it on their own. If that discomfort is short-lived, maybe that’s not a bad thing. But if it’s long-lasting, learning how to cope is vital.

“There are so many treatments that are better than benzos and have more permanent effects,” he says.

When working with patients who have anxiety, Saxon first brings up the option of cognitive behavioral therapy (CBT), one of the most effective therapies for treating anxiety and many other mental health issues.

CBT involves one-on-one work with a therapist, who helps guide you in understanding how your thoughts, emotions and behaviors contribute to anxiety and how you can learn to manage all three.

A therapist can also teach you practical skills to manage anxiety and panic in the moment, such as deep breathing, that you can then use in daily life.

CBT isn’t a quick fix. It involves determination, hard work and a longer-term commitment — though the benefits are also long-lasting.

If someone wants medication instead of or in addition to therapy, there are other, safer options Saxon recommends, such as antidepressants (which work for both anxiety and depression). These medications take longer to take effect (think weeks) but are generally less risky and provide long-term benefits.

For people with other conditions that benzos sometimes get prescribed for, such as insomnia, Saxon also recommends CBT. There is a specially developed type of CBT, called CBTI, that therapists use to help people who have insomnia.

It can take a while to find the right treatment. Sometimes people need to try multiple antidepressants or different doses before finding one that works, or sometimes the first therapist someone goes to isn’t a good match.

The process can be frustrating, especially when you’re already struggling. But the good news is that many people will find a therapy or combination of therapies that work for them.

“I try to get people to see that if they take a different approach instead of being dependent on medication like benzodiazepines, they can gain mastery over symptoms that will serve them better in the long run,” Saxon says. 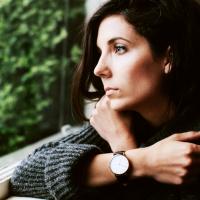 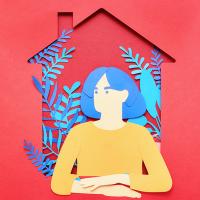